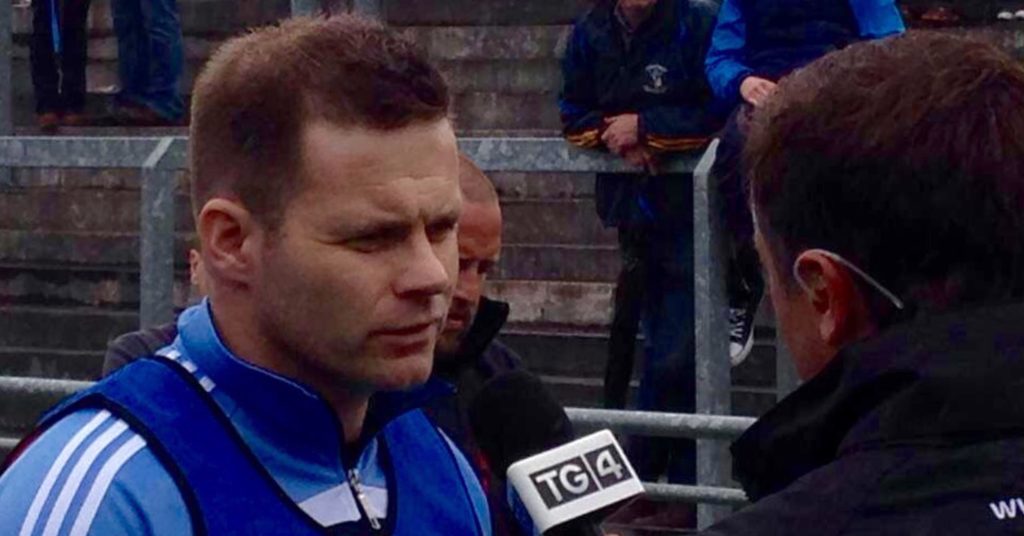 Former Dublin star and outgoing GPA chief executive Dessie Farrell has spoken out to quash rumours of his desire to sit in the Dublin Senior Football hot seat when the time comes for current boss Jim Gavin to take his leave.

The Na Fianna club man was an integral part of Dublin Senior Football as a player, winning six Leinster titles and of course was part of the legendary 1995 All Ireland winning panel.

After a stint as a Dublin Football Development coach, Farrell was named the inter county Minor manager in 2011 and lead them to All Ireland glory in 2012.

From there he took over as U21 manager and orchestrated a similar success for that panel in 2014.

Dessie continues to manage the U21s but this year he has decided to end his 16 year relationship with the Gaelic Players Association. Something that had raised questions of his future plans. But Farrell has been quick to stop the story.

“I’m happy to be involved with the 21s. And that’s a big enough commitment as it is.” Farrell told the Irish Times.

“Some people have suggested that that’s the reason I might have decided to step down. It’s definitely not the reason at all.”

With Farrell’s time almost at an end with the GPA, he’s still attending related events. And yesterday at the announcement of increased grants for inter-county players, he explained he has no immediate work plan.

“A lot of people are surprised at that. I’m probably just going to set something up on my own initially, work on a couple of projects.”

“That will give me the time and flexibility to figure out what career path I want to pursue in the future.”