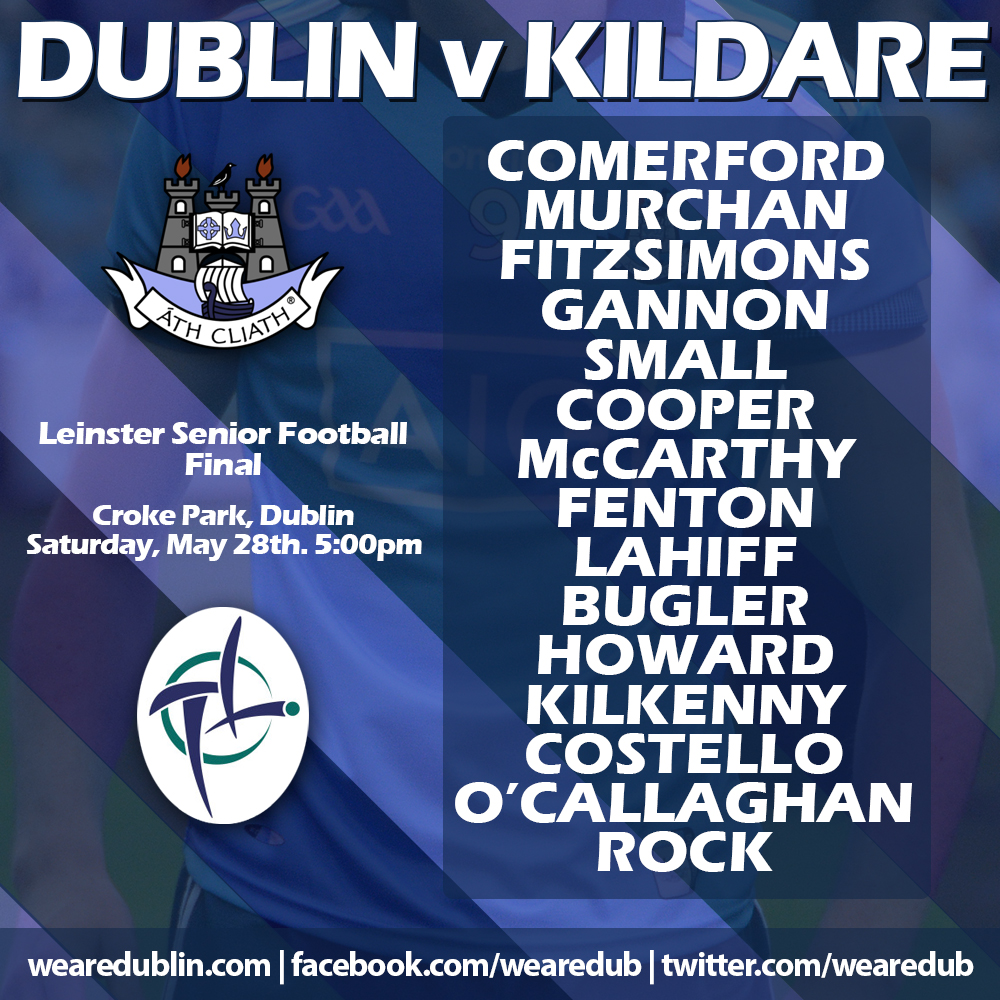 Since reclaiming the Leinster Senior Football title in 2011, Dublin’s Senior Footballers have refused to loosen their grip on the Delaney Cup. And in the 60 times the Dubs have successfully traversed the provincial competition, this is their longest unbeaten run, and a win tomorrow will give them a record 12th title on the bounce.

While many watched Dessie Farrell’s side struggle through last year’s championship and this year’s league campaign, the evidence so far over two Leinster games would suggest that they may go up another gear as they face Kildare. They’ve been the most successful county in Leinster through every decade since the 1970’s and look to continue. And they will be hard to shake down from the top of the tree.

In a repeat of last year’s decider Kildare might feel a psychological edge having beaten Dublin who struggled in Newbridge  in the League. But it’s worth noting that the Lillies have not won a Leinster Senior title since 2000. They’ve been in five deciders since then, four of them facing Dublin. Apart from a Leinster crown, a place in the All Ireland Quarter Finals is at stake.

Dublin boss Dessie Farrell has named his starting selection for today’s decider against Kildare.And he makes no changes to the 15 that started in their Semi Final against Meath. Evan Comerford who was a late change in that game in goals retains his place.