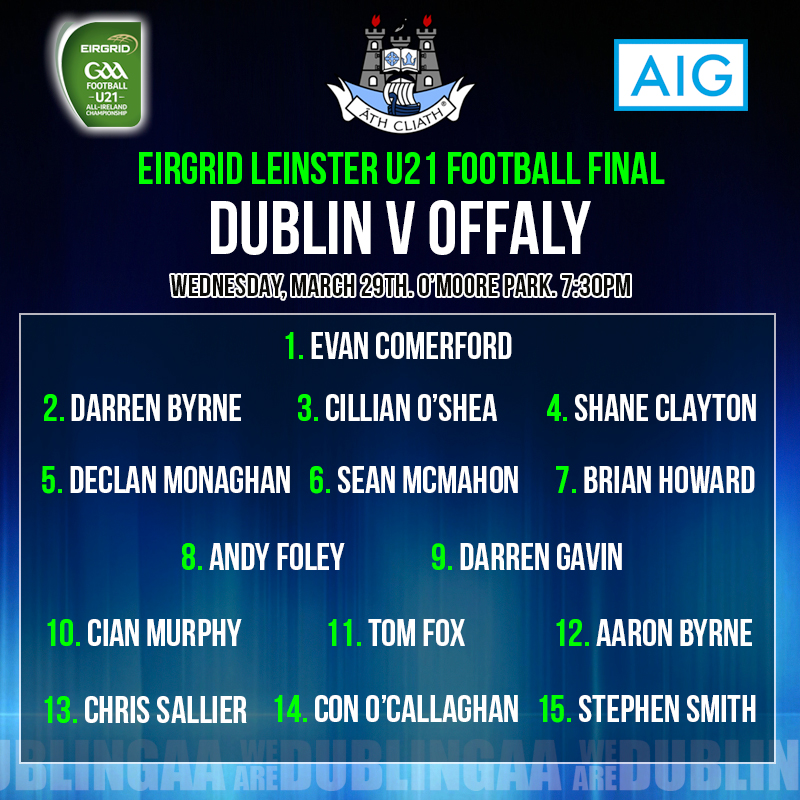 Dublin will arrive in O’Moore Park tomorrow in search of yet another Leinster U21 title, and if successful it will be their fourth consecutive Championship. This is a fete that has never been achieved by any other county in this competition. In fact in the last seven finals Dublin have been part of they’ve never been beaten. You’d have to go back as far as 2004 when they lost to Kildare by a solitary point.

Offaly last won this competition in 1995, and it was 2007 before they reached another final. Sadly they were beaten by Laois that day and have not featured in the provincial final since.