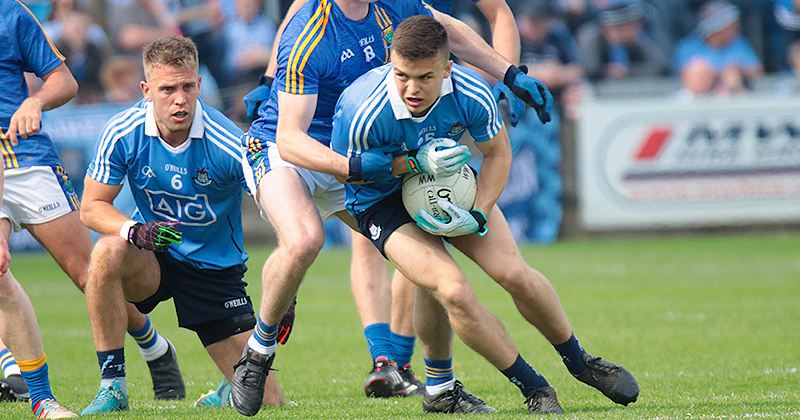 It is one of those moments in Dublin GAA history that will be remembered with fondness for years to come. Like Cluxton’s winning point in 2011 or some of Kevin McManamon’s goal antics over Kerry in the last decade.

And like both the aforementioned, Eoin Murchan took all the praise on the chin with the grace of a seasoned pro.

For a while many debated if Murchan’s run and eventual goal was pure opportunism, or was a calculated set piece worked on in training. And many now believe the latter, albeit with a different hero in mind.

“I certainly wasn’t supposed to be a part of it anyway” admitted at an Aoibheann’s Pink Tie event earlier this week.

Eoin recalls having quite a lot of free space that wasn’t utilised in the opening half of the replayed All Ireland Football Final against Kerry. So he decided to make a bold move after the break.

“As we were coming out of the tunnel I had a word with Jonny (Cooper) and just said, ‘Look, at some point I’m just going to have a go’.”

And I think the Dublin Supporters in Croke Park will forever be grateful for him taking a swipe.

A throw in that turned the game around

On the throw in for the second half, with Brian Fenton and Brian Howard keeping Jack Barry busy, it gave David Moran space to fist the ball down. Fortunately for Dublin it landed into Murchan’s grasp.

“The two guys (Howard and Fenton) did a nice job of creating a path there for me and with the rest of the fellas out of the way, I just kept going,” Eoin explained.

“I thought somebody; Con or Dean, would come to me and try to take the ball off me. But that just never happened. So I just kept on going.”

“Eventually there was no-one to give the ball off to so I just had to go for it myself.”

And while he may never tire of watching replays of the now famous moment, Eoin admits he won’t dwell on it. The future is all he’s concerned about.

“It was fortunate that it was a goal but it alone wouldn’t have won a game,” he admits.

“I would hope I have a lot more ahead of me and would be able to impact in more ways than one singular incident.”

“I’m more focused on trying to improve myself and contribute something to the team so the team can do something.”

Continuing with the positives, even in the situation we’re currently in, Murchan sees the restrictions as an opportunity.

“It’s actually a great opportunity for us to use the time to work on things that we wouldn’t normally get the opportunity to.”

“It allows players time to catch up or put in that little extra in terms of fitness or strength work.”

“I think there can be benefits to this. It depends on how we approach it.”