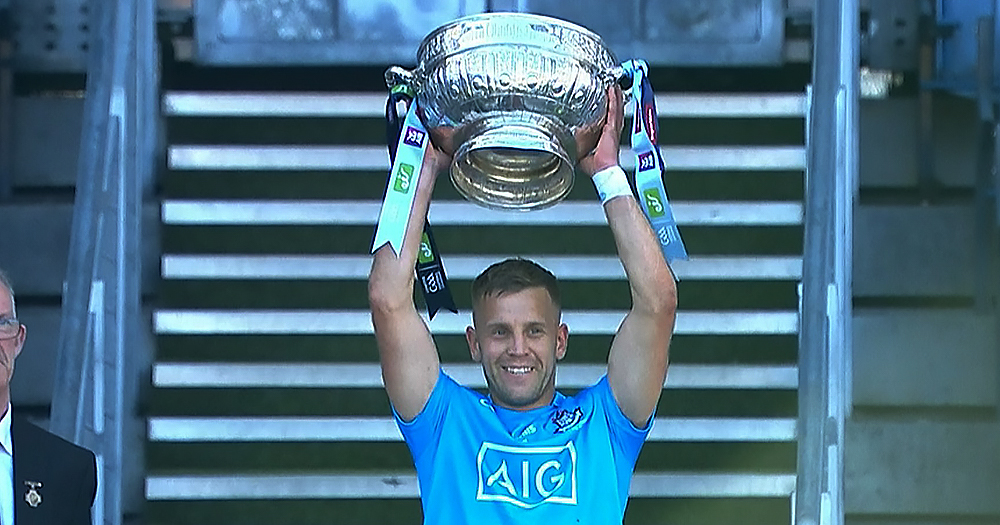 Tactical, more clinical, and more improved than their performance against Meath. Dublin have been crowned Leinster Senior Football Champions for the Eleventh consecutive year after seeing off a spirited challenge from Jack O’Connor’s Kildare panel.

It’s certainly been a slower build but from their Quarter Final win over Wexford to this afternoon’s Delaney Cup win, Dublin are slowly improving. They meet Mayo in 2 weeks time in the All Ireland Semi Final. The Seven In A Row is still on the cards, and Mayo manager James Horan will pay no need to rumours of Dublin’s demise.

A clinical second half saw Dublin score four points to go eight clear of Kildare and beyond a doubt. Daniel Flynn did ignite the game in the 62nd minute taking full advantage of a turnover to rocket the ball past Evan Comerford giving Kildare a lifeline. But it didn’t break Dublin’s nerve. Ciaran Kilkenny converted a mark minutes later, and Cormac Costello bagged a brace to cancel the goal on the scorecard.

Kildare will be disappointed only scoring a third of their point attempts in the first half. They watched so many chances fall into the hands of Comerford giving Dublin back ball possession. Dublin were also guilty of wasted opportunities but created more chances and holding possession for large parts of the 70 plus minutes.

Dessie Farrell will be disappointed his side made some very out of character errors in attack. And they never really threatened Mark Donnellan’s net but scored the last three points of the half. Cormac Costello finishing well after a great Mick Fitzsimons turnover in the middle of the field, to lead 0-9 to 0-5 at the interval.