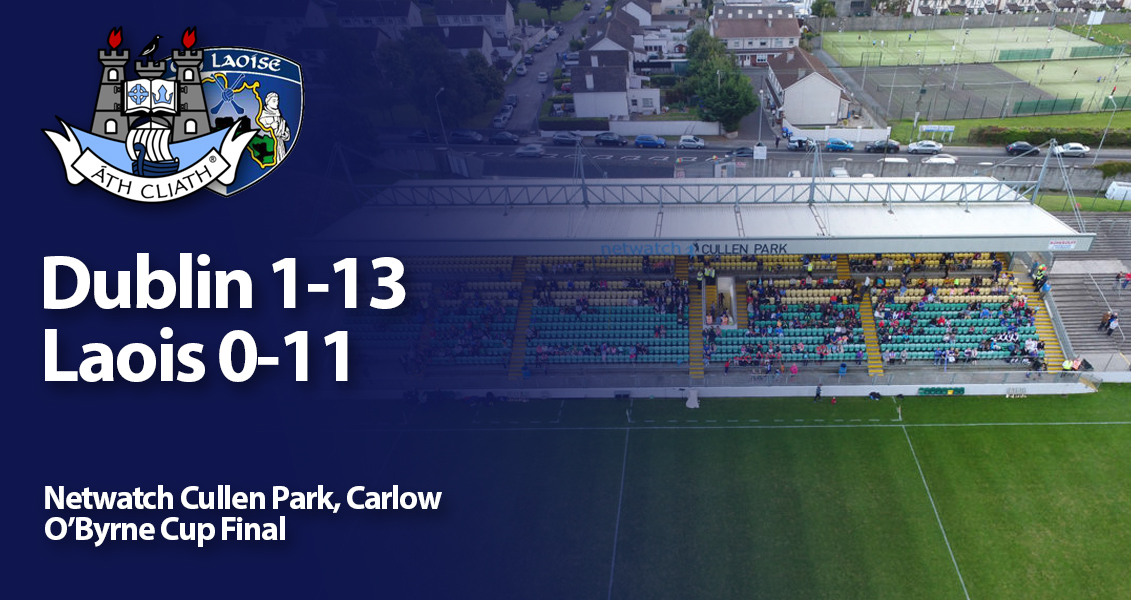 Sean Bugler’s fourth minute three pointer and a strong showing in the second half saw Dessie Farrell’s Senior Footballers claim a victory over Laois yesterday to secure the O’Byrne Cup. Hopefully that won’t be the last piece od silverware the boys in blue will hold aloft in 2022.

A battling Dublin tackled Laois with 14 men for the majority of the game, losing John Small to a red card late in the opening half. But with a good combination of new and experienced panel members, the dubs got the tie across the line at Netwatch Cullen Park.

Laois came into the game after a penalty shootout win over Kildare as recently as Wednesday and started most of the same team in their fifth game in 15 days. And the men from the O’Moore County enjoyed plenty of play in the opening half with Evan O’Carroll causing problems for the Dublin defence.

Late points from Ross McGarry and Cormac Costello helped the Dubs to a 1-05 to 0-06 lead at the break.

Scores from O’Carroll and Mark Barry early in the second half levelled things up for Laois but they couldn’t get their noses in front. Dublin had plenty in the tank and points from Fenton, Aaron Byrne, Costello, McGarry and youngster Lee Gannon saw them secure the victory.