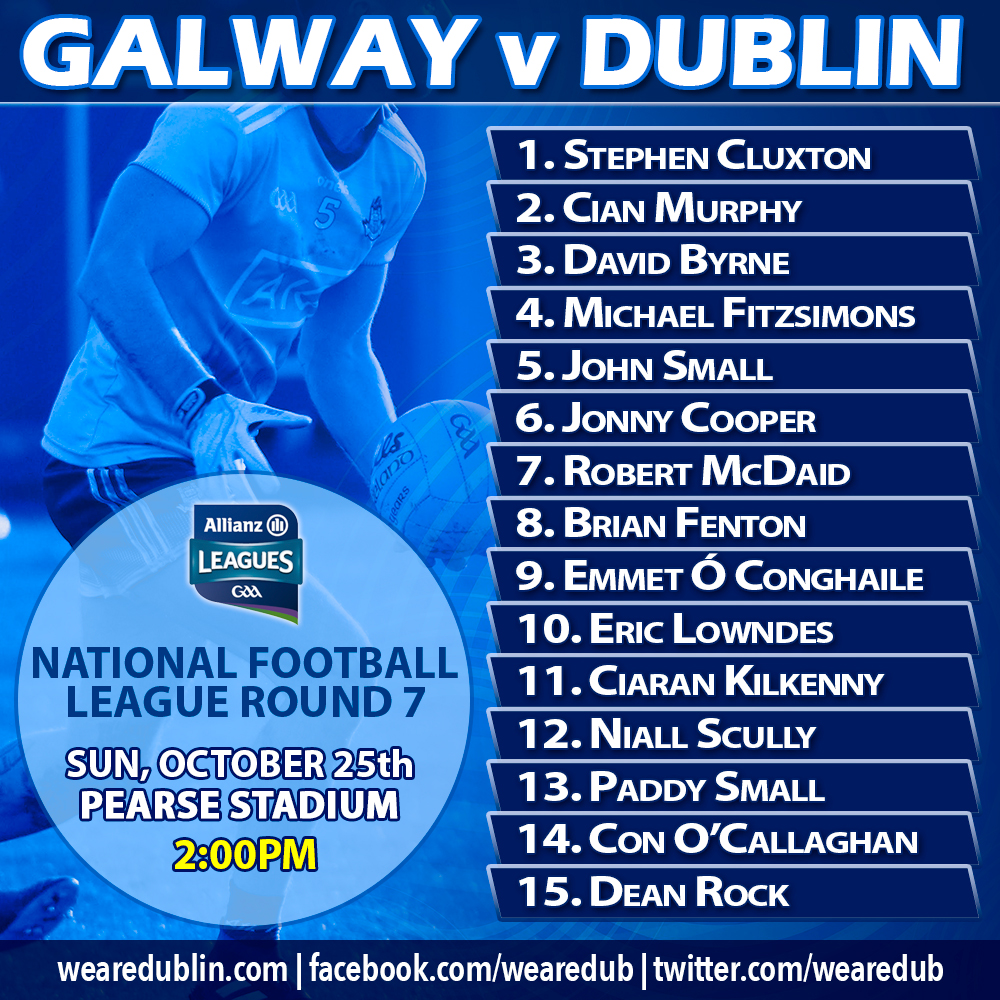 It’s the final round of this year’s Allianz National Football League and this weekend we should crown League Champions. And after Dublin’s victory over Meath last weekend, they’re back in the hunt in what will be an altered end to the competition due to the COVID-19 restrictions. But it’s Kerry’s League for the taking should they beat Donegal this afternoon.

Dublin manager Dessie Farrell heads for Salthill tomorrow naming the same starting 15 that successfully beat Meath last weekend. It means Stephen Cluxton will again extend his new record as the longest serving Dublin Senior player. And it also gives Dean Rock another opportunity to solidify his all time scoring record for the boys in blue.

Galway sit level on league points with Dublin in the Division 1 Table, with a solitary score between them in difference. So both sides will we up for a tough game tomorrow with Galway holding the home advantage.

Dublin won’t look past Galway tomorrow, but will be quickly preparing to start their Leinster title defence on November 7th.

HAPPY NEW YEAR FROM WE ARE DUBLIN GAA