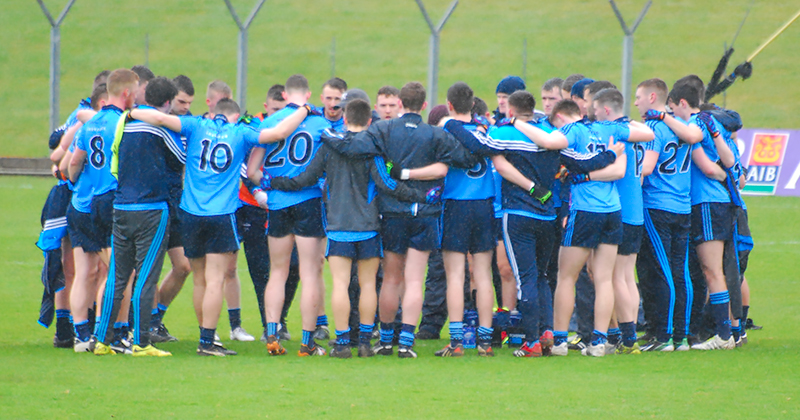 Tomorrow night sees the start of this year’s EirGrid Leinster Under 21 for the reigning champions Dublin (7:30pm). They’ll travel to St. Loman’s GAA club in Mullingar to face a Westmeath side who have a win already under their belt.

The men from The Lake County made the perfect start last week, beating neighbours Meath by 2-08 to 0-12. For Dublin, this will be their first competitive outing. And Dublin manager Dessie Farrell is fully aware of the task at hand for his side.

“We’re happy enough with how our preparations have gone but it is always difficult with the demands placed on players these days.” he told Official Dublin GAA.

“There are always competing interests at this time of the year and that is one of the challenges of management at this grade.”

Dessie, of course travelled to Loman’s last week to watch the qualifier with interest, knowing Dublin would face the winners in the Quarter Finals. And he was impressed with Westmeath.

“They were very well organised on the night and they have a very strong management team that have had a positive influence on the players.”

“They already have a solid platform from which to build and to be honest, with the best will in the world, training, internal matches and challenge games just don’t give you that edge.”

Dublin are the King Pins in this competition over the years, having lifted the Flood Cup a whopping thirteen times, not to mention the last three in succession. So they know what it takes to wait for their Quarter Final opponents to come knocking.

Westmeath have won two championships, and have been runners up three times. But their opening win against Meath will have done them a huge amount of good coming into tomorrow night’s game.

“I feel that having a tough, competitive game like that in your locker is worth an awful lot to them,” Dessie admitted.

Everyone will be watching the competition to see if Dublin can make it four from four, which has never been done. And Farrell is happy to have almost a full deck at his disposal to start on the right foot.

“We had a few injury concerns a few weeks back but a lot of those have thankfully eased and we are close to a clean bill of health”.

“You play the cards that you have been dealt and it is important that we remain focused on the task in hand”.