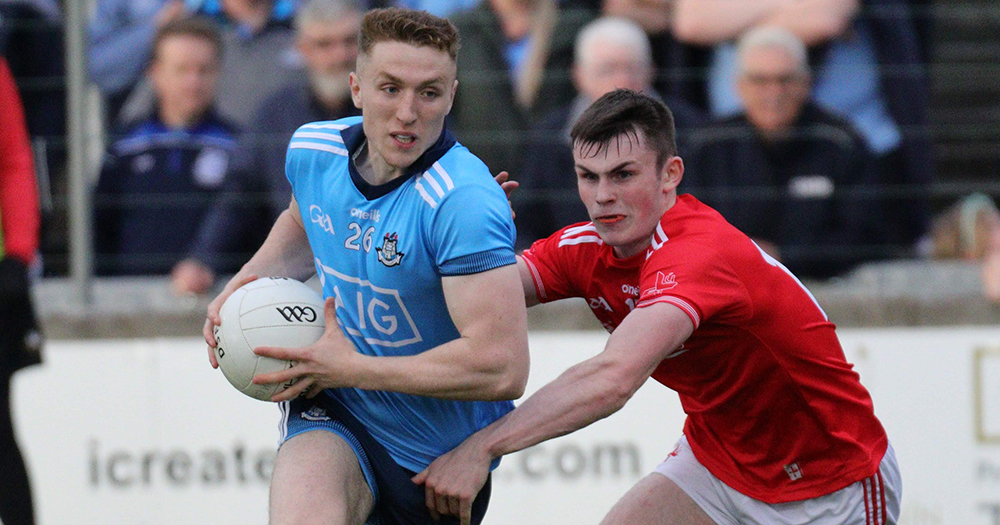 Paddy Small and Cormac Costello lead Dublin’s scoring last night as they eased past Donegal in the Allianz NFL Semi Final. With Kerry hammering Tyrone earlier in the evening, it draws a line under the competition with the All Football Ireland Champions and the Kingdom sharing the spoils in Division 1.

Despite Donegal registering the last 1-02 of the game, the clock ran out with Dublin doing the leg work to score the win. They showed that patience needed to open up Donegal, penetrating a touhg defensive style.

For most watching, this really did feel like a challenge game, with nothing at stake only pride at the final whistle, and many might feel it was better championship preparation for Donegal than Dublin.

A lot of long build play with plenty of bodies being thrown behind the ball when required. The task, to break down the opponents defence. Ultimately Dublin’s patience prevailed and they eventually gained control late in the opening half. A Caolan McGonagle point gave Donegal a 0-05 to 0-04 lead before the first half water break, but Dublin rose to the challenge in the second quarter. The boys in blue had relied on Cormac Costello’s dead ball skills to keep them in contention up to then.

Ciaran Kilkenny pointed on 27 minutes to give Dublin a slender lead. But moments later Paddy Small split the Donegal Defence in two, scoring a beautifully placed goal. At the break the men from the capital were ahead by 1-08 to 0-07.

String Second Half Opener Saw Dublin Over The Line

More light between the sides was quickly stretched as Dublin relled off three scores on teh restart. Sean McMahon, Brian Fenton and Kilkenny all finding the target. Paddy McBrearty kept the scoreboard ticking for the Tyrconnell Men with six scores of his own. Oisin Gallen had a chance to pull the gap together but Evan Comerford stopped the low shot from the net in the 52nd.

Donegal finally broke the deadlock with a few minutes remaining on the clock with Eohgan McGettigan finding the net, something positive for the travelling fans to absorb. But the Allianz NFL title belongs to both Dublin and Kerry in a strange twist in the tale.