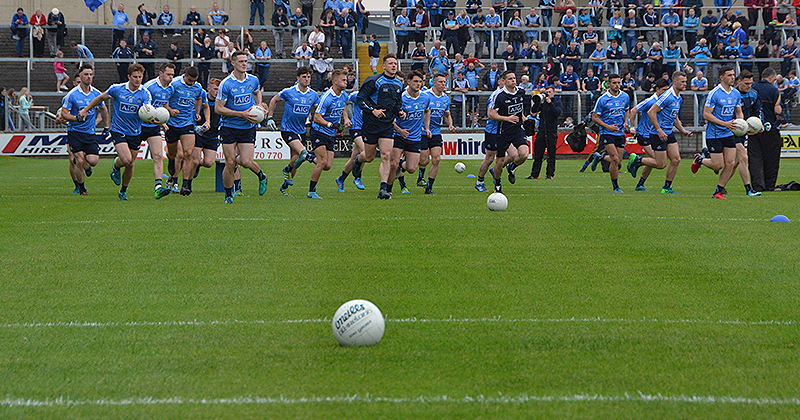 There’s no better way to round of the inter county Football and Hurling Calendar than the PwC GAA GPA All Star and Player Of The Year Awards. And this year as a result of another season of Dublin dominance, as many as 12 of Jim Gavin’s panel have been shortlisted for awards.

Seamus Hickey, Chairman of the GPA told gaa.ie “As a player, this is one of the most special awards you can receive. We all know the hard work that is put in, not only through the championship season, but all year around and the winners of these awards are testament to that.”

Nominations for the All Stars are divided up into 3 Goalkeepers, 18 Defenders, 6 Midfielders, and 18 Forwards. From this the best 15 will be chosen.

Stephen Cluxton has been named as one of three Keeper nominations. Dublin take four of the eighteen defenders names with Jonny Cooper, Jack McCaffrey, Eoin Murchan and James McCarthy all getting the nod. Brian Fenton represents Dublin in the Midfield category. And the all of Dublin forward line have been selected. Niall Scully, Ciaran Kilkenny, Brian Howard, Paul Mannion, Dean Rock and Con O’Callaghan all deserving of their place.

The rest of the pack

All Ireland Runners up Tyrone have had seven players selected, as have both Monaghan and Galway. Kildare and Donegal have three each, two nominations for Kerry and one each for Armagh, Carlow, Fermanagh and Laois.

As always the selection was voted on by a committee made up of GAA media, and chaired by Uachtarán Chumann Lúthchleas Gael, John Horan.

These overall awards will be voted on exclusively by intercounty players and they will choose between Ciarán Kilkenny, Jack McCaffrey and Brian Fenton for the senior prize.

The shortlist for the Young Footballer of the Year prize is still confined to players under 21 and this year’s nominees are Brian Howard (Dublin), David Clifford (Kerry) and Michael McKernan (Tyrone).

Footballer of the Year Nominees

Young Footballer of the Year Nominees

GAVIN MAKES SOLID CHANGES TO STARTING TEAM FOR ROUND 6 CLASH

Headlines About The Return Of Diarmuid Connolly Are Premature