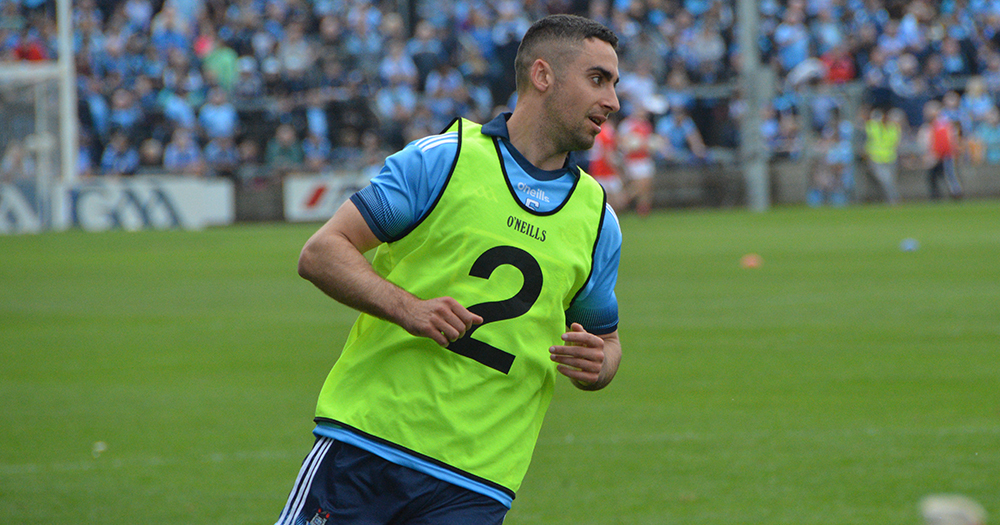 It may not have been the form Dublin supporters really want to see their beloved footballers return to. But after four upsetting defeats, things looked so much more promising this afternoon in Healy Park. Dessie Farrell’s men have given themselves a crucial life in this year’s league campaign with a five point win over Tyrone. They’ve still to face Donegal and Monaghan, but the manner in which they carved out today’s result will have pleased the Dublin manager.

At half time, the reigning All Ireland Champions were in world of trouble as Dublin had methodically built an 0-11 to 0-02 lead, scoring every one of their scores from play. Tyrone’s two scores came from frees by Darren McCurry and Cathal McShane. Conn Kilpatrick thought he’d given his side a lifeline with the ball in the net on the stroke of half time, but referee Barry Cassidy overruled on the basis of a foul on Evan Comerford.

Ciaran Kilkenny (2), Cormac Costello and Dean Rock had got the Dubs into a 0-04 to 0-01 lead before Tyrone lost Padraig Hampsey to a black card. Brian Fenton, Costello, Niall Scully, Tom Lahiff, Rock, Sean Bugler and Robbie McDaid pushed Dublin out of sight of their opponents to close out  the opening session.

A stronger seond half for the red hand

Tyrone’s woes were extended on the restart. After regaining Hampsey to their ranks, the full back was dismissed again on a yellow resulting in a red after an altercation with Cormac Costello off the pitch.

A scrappy second half ensued with Tyrone frantically attemtping to narrow the gap and save face. But Dublin’s workrate after a powerful first half had laid a solid foundation for their first win in the conpetition. However the home side did run through their best spell. McCurry and McShane added more converted frees before substitute Richie Donnelly got his team’s first score form play.

Dublin fans saw the return of James McCarthy as the Ballymun star spearheaded Dublin’s closing stages. Sean Bugler will rue a screamer hitting the crossbar to deny them a goal. But the Plunketts man and Dean Rock kept the ship steady to draw a line under their first win in the football league.