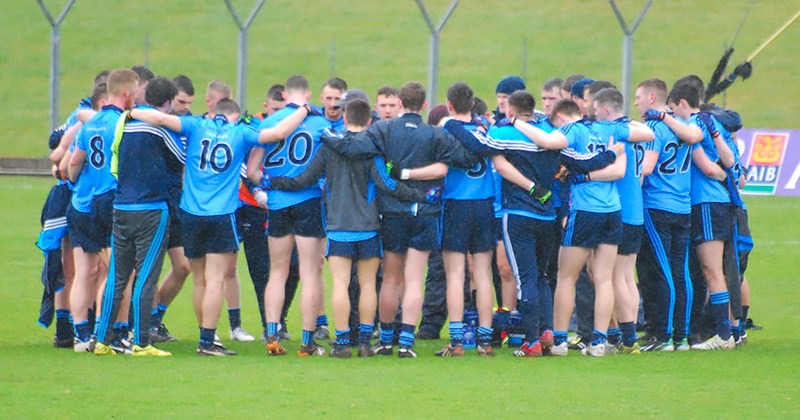 Dessie Farrell’s Dublin U21 side had fourteen points to spare over Westmeath tonight as they got the defence of their Eirgrid Leinster Championship title off to the perfect start.

Westmeath started brightly scoring the opening two points of the game, Dublin responded with two quick points in as many minutes from Cian Murphy and Con O’Callaghan to draw level.

A minute later and an Arron Byrne goal put the young Dubs in control of the contest. They drove on from that score to hit four unanswered points from Byrne with a brace, O’Callaghan and Glenn O’Reilly.

It could have been much more, the Westmeath keeper saved a shot for goal from Con O’Callaghan, Sean Bugler hit the crossbar with an effort and Glenn O’Reilly flashed a decent goal opportunity wide.

Westmeath pulled two points back before the break to leave the scores 1-06 to 0-04. Westmeath got the opening point of the second half but that was as good as it got for the midlanders.

In the 57 minute Aaron Byrne grabbed his second goal of the game to put the final nail in the Westmeath coffin. Just before the full time whistle the men from the Lake County got their sixth and final score of the game as the Dubs ran out easy winners by 2-14 to 0-06.

Next up for Dublin is a Leinster championship semi final meeting with Longford on the 15th of March at 7.30pm with the venue to be confirmed at a later date.