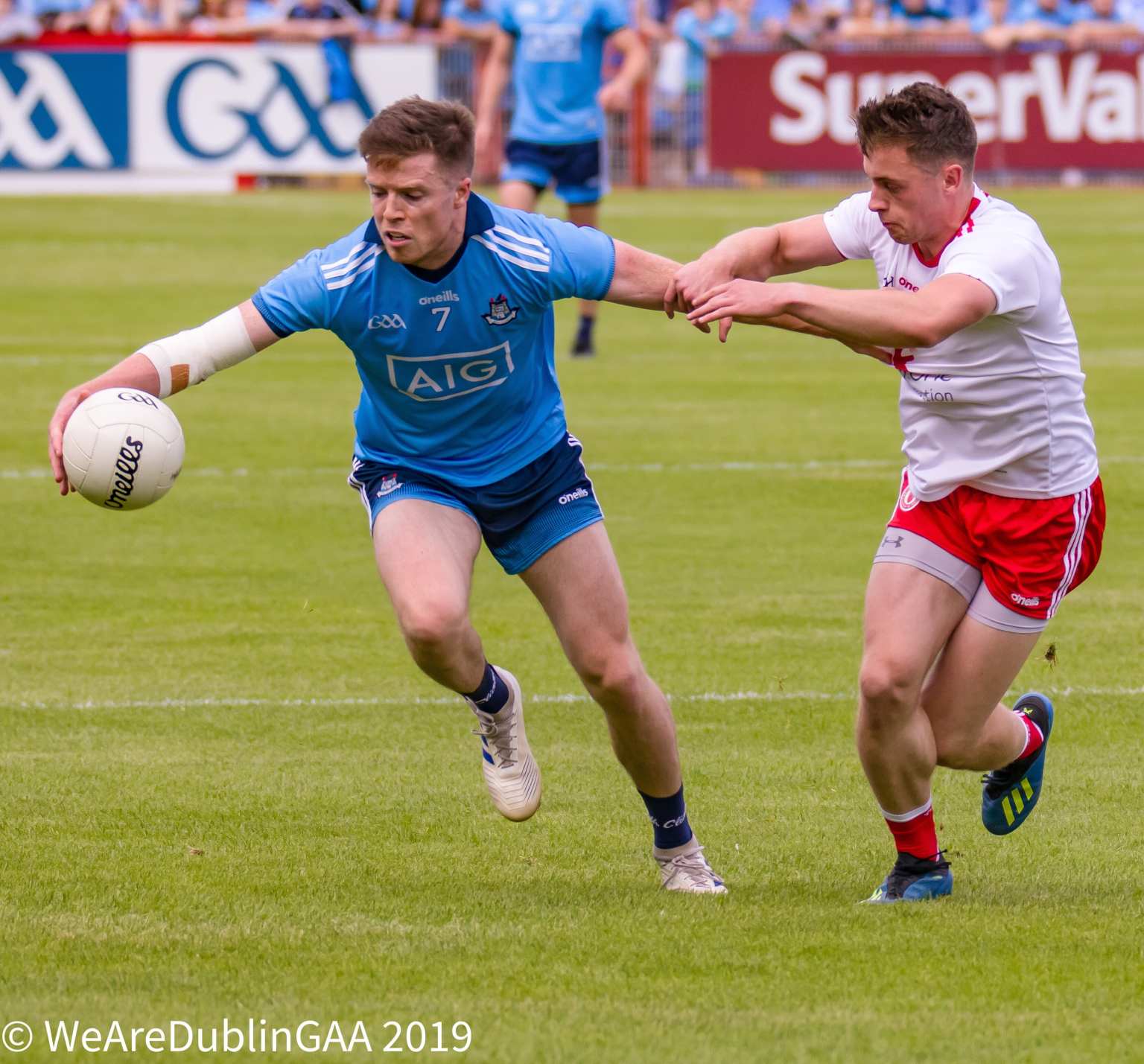 Dublin‘s win over Tyrone this evening in Healy Park In Omagh has set up an All Ireland semi final meeting with Mayo next Saturday in Croke Park.

With both sides already through to the penultimate stage of the All Ireland championship both managers made a raft of changes to their sides for today’s game.

There were 15 changes for Tyrone and 13 for Dublin including five additional late changes to the Dubs team that was named in the program.

Four of those changes were Evan Comerford, Sean Bugler, Paddy Andrews, Andy McGowan and Paddy Small and then a huge roar went around the stadium as Diarmuid Connolly was announced to start.

Connolly although slightly off the pace after a two year absence showed some lovely touches, sprayed around some eye catching passes and scored a trademark point in the second half. A late black card ended his evening but he showed plenty of glimpses of the Connolly of old and the game time today will have helped to bring his sharpness on.

The game itself was lacking that championship bite and there were few of the thunderous tackles you normally get when these two teams meet.

In a low key first half, five Cormac Costello points helped Dublin to a three point interval lead with the score 0-08 to 0-05 at the break.

Tyrone were a little wasteful with the shooting at times but a brace from Richie Donnelly and Connor McAliskey brought a cheer from the home crowd.

The leisurely feel to the game continued in the second half and there was never a feeling that either side would push on.

Tyrone tested the Dublin keeper and backline with some aerial bombs, Rory O’Carroll looked a little unsure in dealing with it, but in goal Evan Comerford was assured under the high ball and dealt with the threat superbly.

Gavin threw on Bernard Brogan and Eoghan O’Gara for some much needed game time, Brogan looked sharp and helped himself to a fine point.

Dublin had the game wrapped up by then before Eoghan O’Gara’s palmed effort in injury-time gilded the win in front of 15,312 at Healy Park; the Dubs renew rivalry with Mayo in six days’ time.

Tyrone, who had issued a reserve outfit for service, will face Kerry a day later.

Bernard Brogan also made his championship bow, also scoring a point, but neither he nor Connolly are likely to start again; the latter does, however, remain a live bench option.

Dublin eases to victory and a late palmed goal from Eoghan O’Gara sealed a comfortable win and a Saturday date in Croke Park with old foes Mayo.

Although not played at championship pace Jim Gavin will be pleased with the evening’s work. He got valuable game minutes into Connolly, O’Carroll, Brogan and O’Gara. Two of his upcoming stars Bugler and Small impressed and he got the opportunity to rest the majority of his first choice starters ahead of the semi final.