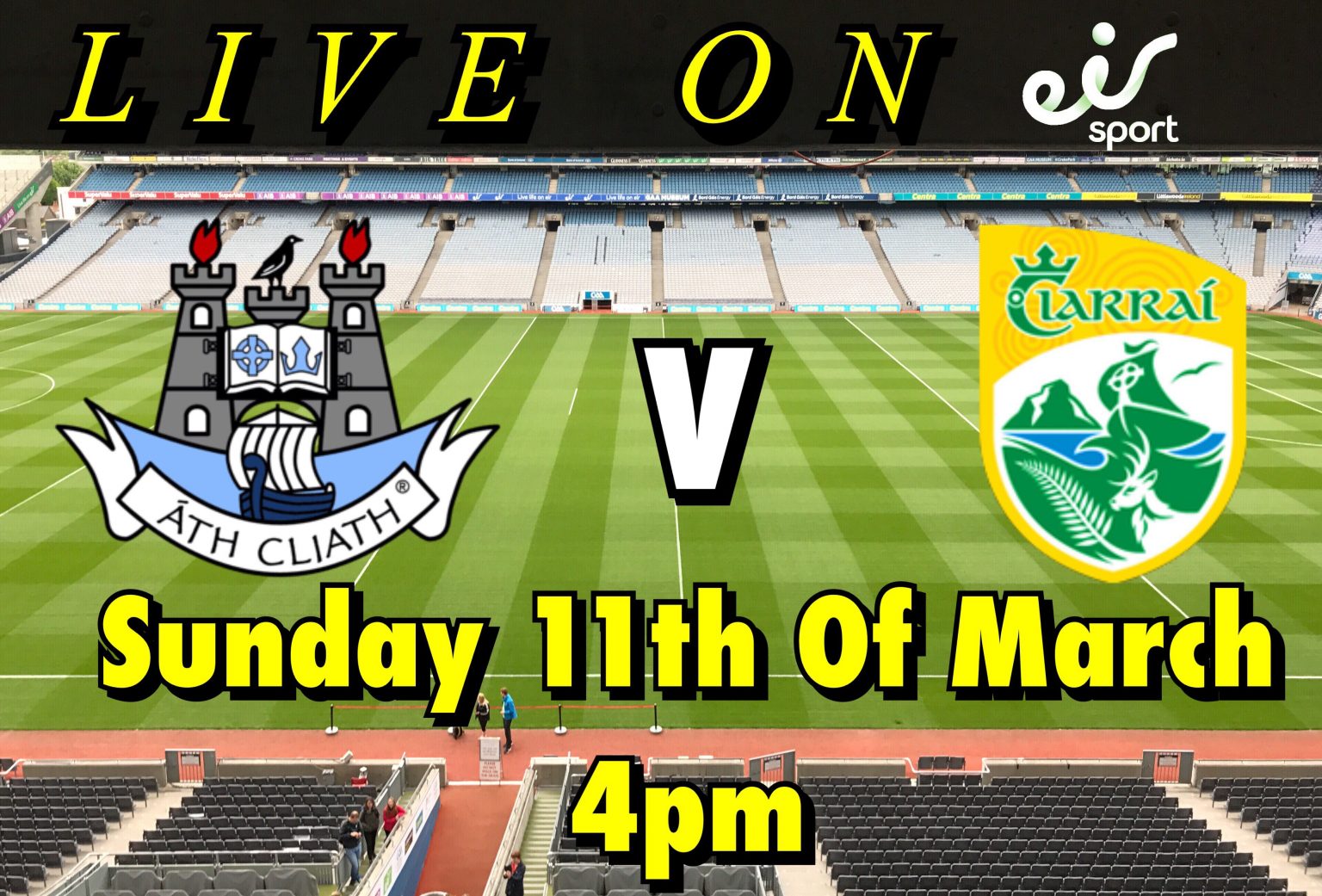 This Sunday’s Allianz National Football League Division One clash between Dublin and Kerry at Croke Park at 4pm will be broadcast live by eir Sport 1.

The league game was originally scheduled to take place last Saturday night but fell foul like all other fixtures to the extreme weather.

It was due to be broadcast by eir Sport and the switch this weekend from a Saturday evening game to a Sunday fixture raised doubts as to whether it would shown live on TV.

The reason for the doubt was that TG4 have the exclusive rights to Sunday games with eir Sport having the rights to Saturday evening games, but obviously there has been an agreement reached and for the first time ever eir Sport will show a live Sunday fixture.

The news will be welcomed by supporters from both Dublin and Kerry who may have been unable to attend Croke Park on Sunday either because it’s Mother’s Day or for fans from the Kingdom because of the travel problems the relatively late throw-in time of 4pm would pose.

There is also plenty of other live GAA action on Tv over the weekend. TG4 are providing live coverage of the top-flight meeting of Galway and Monaghan at 12:30pm and the Division 1B hurling promotion shoot-out between Galway and Limerick is on at 2:30pm as well as deferred coverage of Kildare v Mayo in the football and Kilkenny against Wexford in the hurling.

On Saturday night the Division One Football League meeting between Tyrone and Donegal in Omagh at 7pm will be shown live on eir Sport 1.

Dublin Minor Football Team Named For Round 3 Clash With Offaly