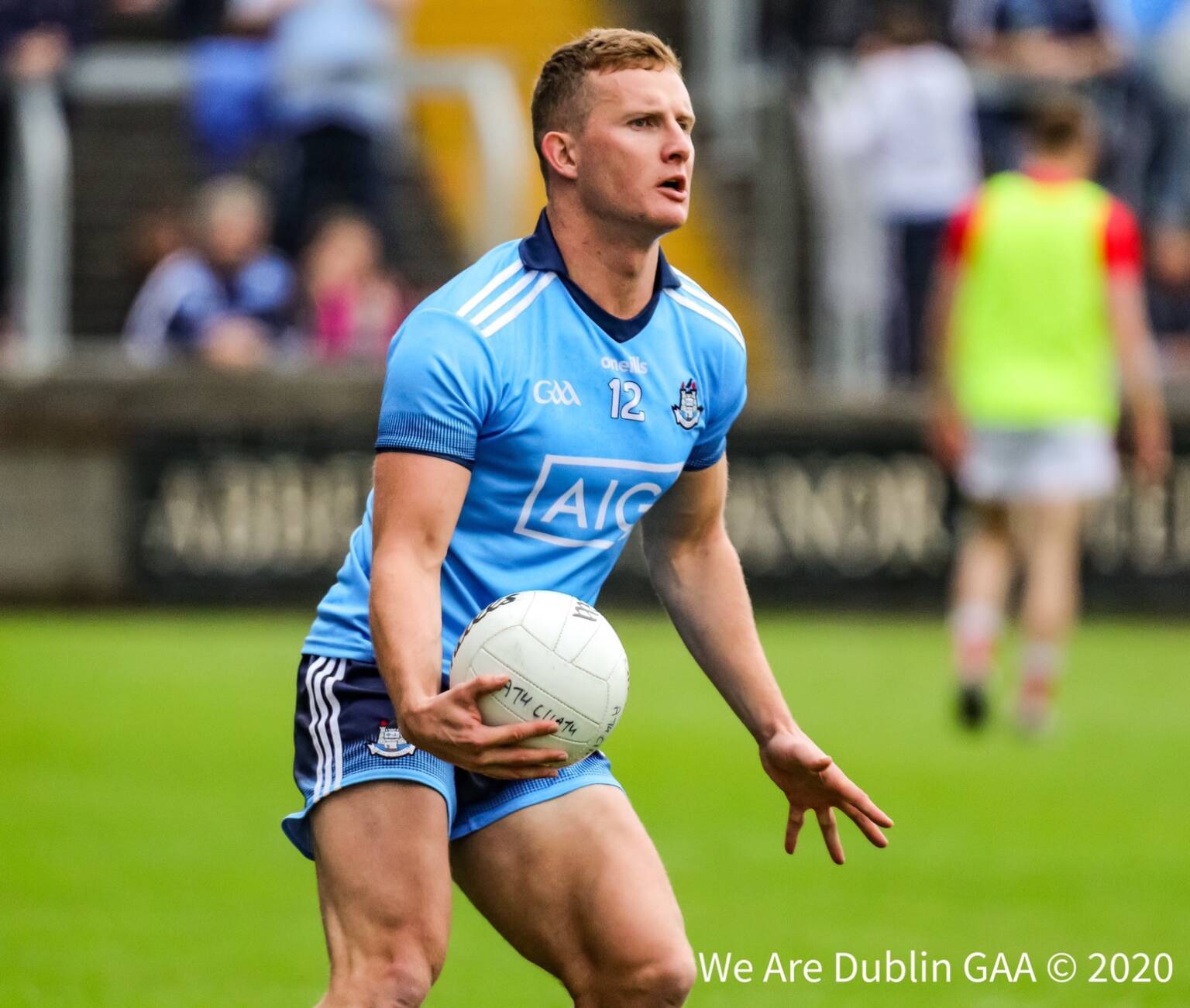 Dublin’s Ciaran Kilkenny was in top form this evening as Dublin got their Leinster title defence off to a winning start against Westmeath in Portlaoise.

Kilkenny finished the night with five points to his name as he continued where he left off in last year’s championship.

Dublin hardly got out of third gear but were kept honest by a spirited Westmeath side who battled right to the final whistle.

Dessie Farrell’s side were sharp right from the off and by half-time had built up a nine point lead and even at that stage it wasn’t a matter of if they would win but by how big a margin.

In fairness to Westmeath they refused to throw in the towel even as the weather deteriorated in the second half and manager Jack Cooney was pleased with the character his side showed throughout.

Dublin manager Dessie Farrell in his first senior championship game handed starting jerseys to Tom Lahiff who made his senior debut, Sean Bugler and Robert McDaid with all three giving good accounts of themselves.

Dean Rock opened the scoring for the Dubs in the third minute with a fine point. Dublin put a big squeeze on the Westmeath kick-outs and the midlanders struggled to get out of their own half.

A point attempt by Brian Fenton came back off the post and it was Ciaran Kilkenny who was quickest to react to regather the ball and swing it over the bar.

An excellent effort from Sean Bugler and a converted free from Dean Rock after a foul on Paddy Small extended the Dubs lead to four with just six minutes on the clock.

Westmeath grabbed their first point of the evening a minute later with John Heslin splitting the post. A second came seconds later this time from the boot of Luke Loughlin.

But Dublin stepped it up a gear and overwhelmed Jack Cooney’s side and hit five unanswered points from Ciaran Kilkenny, Eoin Murchan, Paddy Small and Niall Scully from open play and a converted free from Rock to lead by seven.

A point from Ronan O’Toole stemmed the tide momentarily but Jonny Cooper broke up field to add his name to the scoring charts with a fine point.

Two points scored by Kieran Martin from a forward mark and John Heslin from a free reduced the deficit. Dublin though established a vice like grip on proceedings with another five point salvo.

Points coming from Con O’Callaghan, Sean Bugler and Kilkenny and two Dean Rock frees put Dublin ten in front. Just before the half time whistle Westmeath broke down the left and Ray Connellan scored a sublime point from the left wing with the outside of his boot to leave the score at the break 0-15 to 0-06.

The second half was a tighter affair, the weather deteriorated after the break and a combination of Dublin taking their foot slightly off the gas and Farrell running his bench contributed to a closer second thirty five minutes.

Dublin extended their lead inside the opening seven minutes of the resumption with points from Ronnie McDaid and James McCarthy.

Luke Loughlin and Jack Smith pulled two back for Westmeath. Midfielder Ray Connellan was lucky to just see a yellow card for a dangerous barge into the back of Kilkenny and Dean Rock made no mistake from the subsequent free.

Kilkenny received some medical treatment on the sideline but reentered the game and grabbed his fifth point of the contest.

There was one worrying note for Dessie Farrell with the departure of Eoin Murchan due to an injury and Farrell will hope it’s not too serious.

Ray Connellan grabbed the final score of the game in injury time to leave eleven points between the sides at the full time whistle and all that was left to decide as the teams left the pitch was the recipient of the Player of the Match award which was awarded to Dublin’s Ciaran Kilkenny.

Dublin will now look ahead to the Leinster semi finals next weekend.