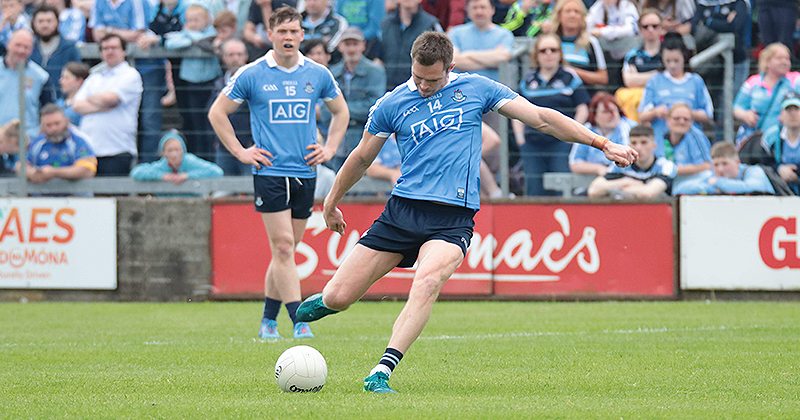 When Cork were victorious over Dublin in the 2010 All Ireland Senior Football Semi Final, no one would ever have believed the journey this team would travel. And when you take a step back and look at the scoring statistics from a team that has won five All Ireland titles in the last eight seasons it’s quite special.

Beaten by Meath in the Leinster Semi Final that year, it was trip through the qualifiers for the boys in blue. And they traversed the landscape, beating Tipperary, Armagh and Louth along the way to set up a mouth watering Quarter Final tie against Tyrone.

A five point win over the men from the north drew Cork in the Semi Finals after they’d beaten Roscommon. But it was as far as Dublin would go with the match going down to the wire. Cork stole the game from Dublin, winning by a solitary point, and went on to win the All Ireland beating Down by the same margin.

But 2011 will be remembered as the year the worm turned and sixteen years of hurt were finally washed away on September 18th in front of over 82,000 people in Croke Park.

The beginning of everything

No back door this time around. as Pat Gilroy’s panel successfully lifted the Leinster title, beating Wexford by 2-12 to 1-12, and once again would face Tyrone in an All Ireland Quarter Final for the second consecutive year.

A seven point victory would send them to a Semi Final against another Ulster opponent, Donegal. And with a very low scoring game, Dublin squeezed past the Tir Connaill men by two scores to reach their first All Ireland since their 1995 victory.

And in an epic encounter between two massive rivals, Stephen Cluxton’s late converted free kick edged Dublin over the line to finally get their hands on Sam Maguire.

In six games that year, Dublin amassed 5-82, conceding 3-66, with an average winning margin of less the four points a game. Bernard Brogan was Dublin’s top scorer with 0-29, behind Kerry’s Colm Cooper and Wexford’s Ben Brosnan.

2012 was a haunting year for Dublin, who were fully expected to retain their All Ireland status, only to be beaten by Mayo in the Semi Final. They had successfully beaten Meath to retain their provincial honours, and a goal separated them and Laois in the All Ireland Quarter Final. But a three point defeat to Mayo sent Dublin home early, Pat Gilroy finished his tenure, with Jim Gavin taking the reigns to begin the following year.

Despite losing their All Ireland crown, dublin did increase their winning margins, averaging out at over 6 scores per game in their four victories. They registered 7-74, conceding 2-66. 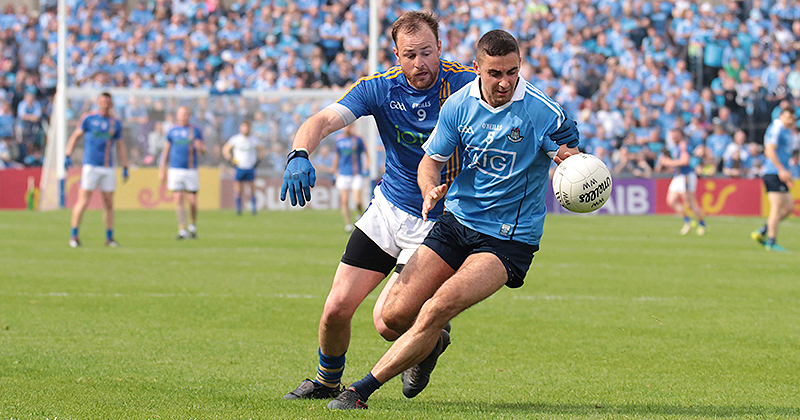 Dublin would see success once again in Jim Gavin’s first season in charge, and what a year it turned out to be. Leinster was again secured with a 2-15 to 0-14 Final win over Meath. Drawn against Cork in the All Ireland Quarter Final, revenge was on the cards following their 2010 Semi Final defeat, and this time Dublin left them for five, winning 1-16 to 0-14.

Kerry would be Dublin’s opponents for the Semi Final, in a game that was by a stretch the highlight of the 2013 season, with both teams putting away three goals each in a sweltering Croke Park. Dublin weathered the hot conditions better and in a rampant finish were 0-07 the better at the final whistle. And as luck would have it they would face none other than Mayo, the team that had ended their campaign a year previous.

It might have only been by a point again, but the Dubs had delivered Jim Gavin an All Ireland title his first year in charge.

A huge 13-99 was scored by Dublin this year, but their concession was slightly higher that the previous two years on 5-71. Having said that their average win margin over six games had increased again to over 808 per game.

The boys in blue would lose only their second Championship game in eight seasons in 2014, when Jim McGuinness brought Donegal to Croke Park for an All Ireland Semi Final. But the winning averages for Dublin were continually on the incline. And over three Leinster Championship games and an All Ireland Quarter Final their average winning margin was an unbelievable 15 points.

Their Second Under Gavin

By the time Jim Gavin had completed his their season in charge, Dublin were by far the dominant force in Senior Football. The panel were scoring freely and easily. 11-56 accounted for in Leinster, conceding 0-30, and by the time they’d beaten Kerry in the 2015 All Ireland Final, they’d amassed a staggering 18-118 and conceded 4-83.

In the Leinster Final they’d beaten Westmeath by 2-13 to 0-06. A slightly closer affair against Fermanagh in the All ireland Quarter Final but still won by 0-08. Mayo to their credit have run Dublin close in the past few year and it was the Semi Final and replay that will be remembered for this season. Cancelling each other out in the first game, Dublin eventually got the win in the replay on 3-15 to 1-14.

And on a very rainy September 20th, Dublin and Kerry played out a very low scoring 0-12 to 0-09 Final, with Dublin again reclaiming the title they’d lost the previous year. On their wins for this year Dublin averaged just under a 13 score winning margin per game. 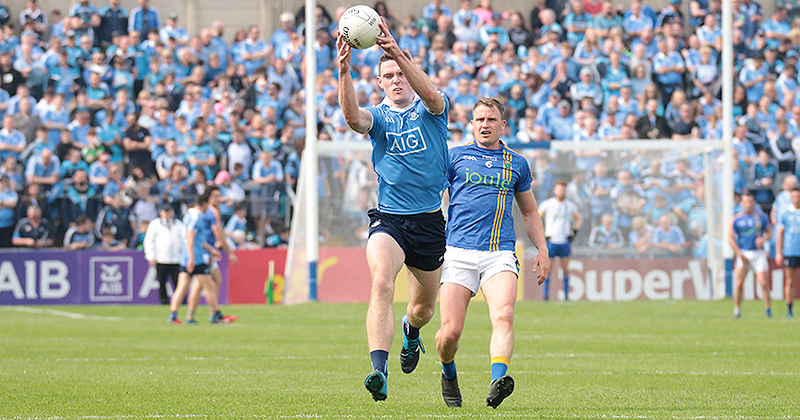 Continuing and finishing the treble

In the second win of Dublin’s three in a row success, the winning average was lower but there were still some bug results. 8-22 scored, 6-84 conceded, with an average winning margin of just over 0-07 per game.

Leinster was again dominated, seining off Laois, Meath and Westmeath respectively. Donegal were on the end of a five point loss to the Dubs, with Kerry losing by 0-02 in the last four clash. Mayo once again pushed Dublin all the way, and by the final whistle on October 1st, the sides had scored 57 times between them, with a solitary point separating them one more time as Dublin retained their Championship.

No replays this time around. Carlow Westmeath and Kildare all fell in the provincial race. For Westmeath it was a defeat by 0-31 in the Semi Final, as Dublin picked them apart. Monaghan and Tyrone came and went, on a 0-10 and 0-12 margin. And in yet another to the wire Final, Dublin once again stole the title from Mayo, making it their third in succession.

By the time Dublin meet Roscommon this weekend, they will be adding to the 10-114 they have already registered this season, conceding 1-63. Wicklow to their credit are the only team this year to score a championship goal against them. And already their winning average is up as high as almost 16 points.

With this game, an All Ireland Semi Final, and potentially a fourth consecutive final appearance, who knows where the tally for 2018 will end up. But we’re damn sure we’ll be watching with baited breath.