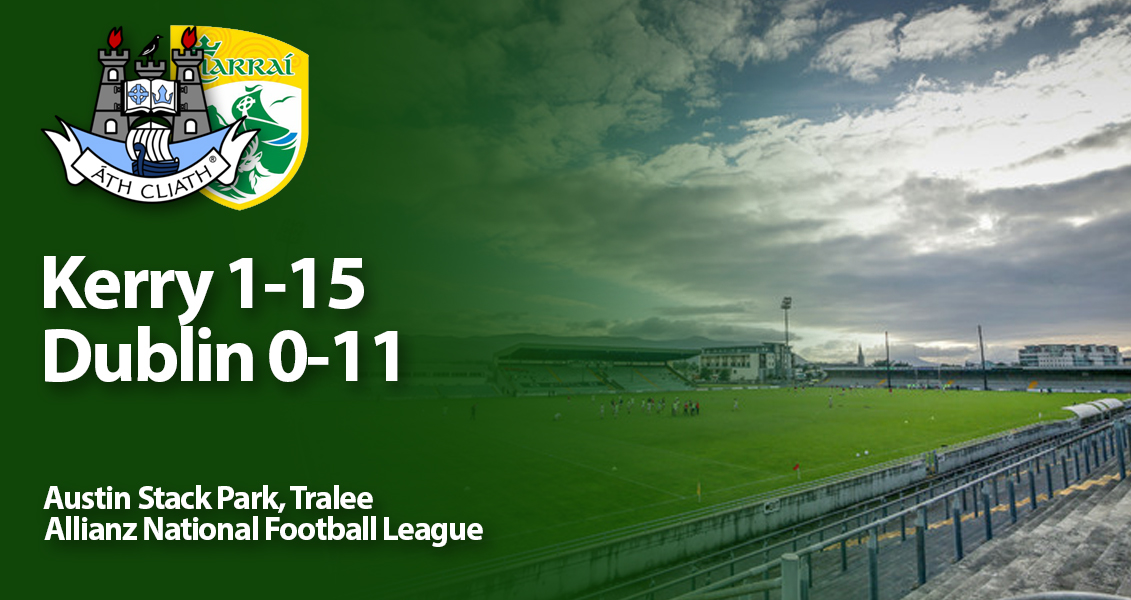 All over in Tralee and it’s back to the drawing board again for Dessie Farrell and the Dublin Senior Footballers. Kerry recovered from a spluttering start last week against Kildare to pick up a home win tonight, but Dublin add another defeat to their Round 1 league loss to Armagh.

A strong second quarter saw Kerry put 1-09 past the Dubs without reply. Dara Moynihan broke through Dublin’s rearguard and netted to highlight Kerry’s dominance in the quarter. At half time with the scoreboard reading 1-14 to 0-04, with Dublin wondering how they could chip away the deficit.

Despite being named in the starting 15 for Dublin, there was no James McCarthy or Con O’Callaghan. Dessie’s men were bright in the opening quarter, but there were a few spanners thrown into the works early. They lost Niall Scully to a black card, and a fortuitous goal scored by Dean Rock in the same play was cancelled by the referee.

Sean Bugler also had a great goal opportunity parried by Kerry keeper Shane Murphy. But Kerry recovered quickly from both near chances. David Clifford sent a penalty wide, but soon set the scoreboard ticking along with Sean O’Shea.

Damage Limitation for Dublin in the second half

The only positive for Dublin is they won the second half, but the nails were well and truly driven into the coffin at that point. Kerry managed a point from Paul Geaney in the 47th.

Tom Lahiff and Paudie Clifford both received black cards to add some more drama to the tie. Ciaran Kilkenny, Brian Howard, Brian Fenton, Ryan Basquel and Dean Rock (3f) all added score to put a little respectability to the scoreline, but there will be a lot of work needed for Dublin to recover from back to back league defeats.