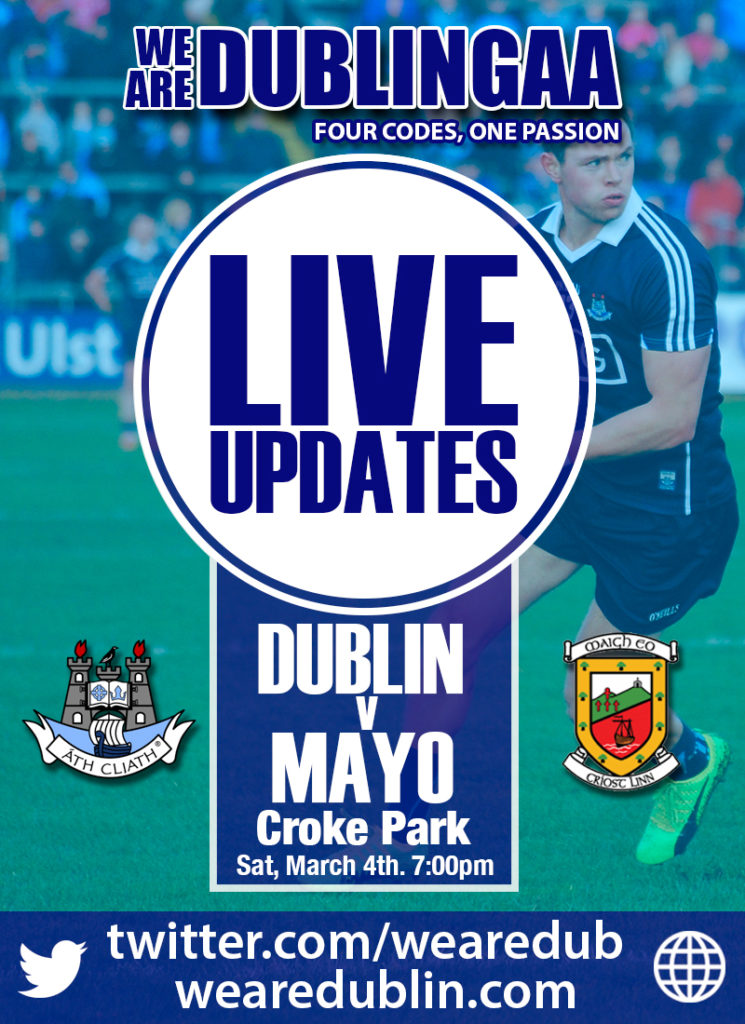 It’s already Round 4 of the National Football League, and tonight Mayo will make the trip to Croke Park and face rivals Dublin.

Level on points in this year’s league table, Dublin are coming off the back of two draws against Tyrone and Donegal and will have Mayo in their sights for a much needed win.

Mayo lost their opening league fixture against Monaghan but are coming into tonight’s game with two wins, beating Kerry and Roscommon in the last 2 rounds.

Jim Gavin has made a couple of tweaks to his starting 15, but there still may be more switches before throw in.

Last year’s League fixture saw Dublin win in a low scoring 0-09 to 0-07 game on a rainy night in Castlebar. And of course we can’t forget the All Ireland Final, and the replay were these two sides collided, with Dublin edging the second game to lift their 26th Championship title.

For anyone who can’t make tonight’s game, we’ll be live from 7:00pm with score by score updates on www.twitter.com/wearedub. And as always we’ll have post match reports and analysis right here and on www.facebook.com/wearedub.

Non Twitter users, fear not. You can follow the score by score tweets on the front page of www.wearedublin.com.