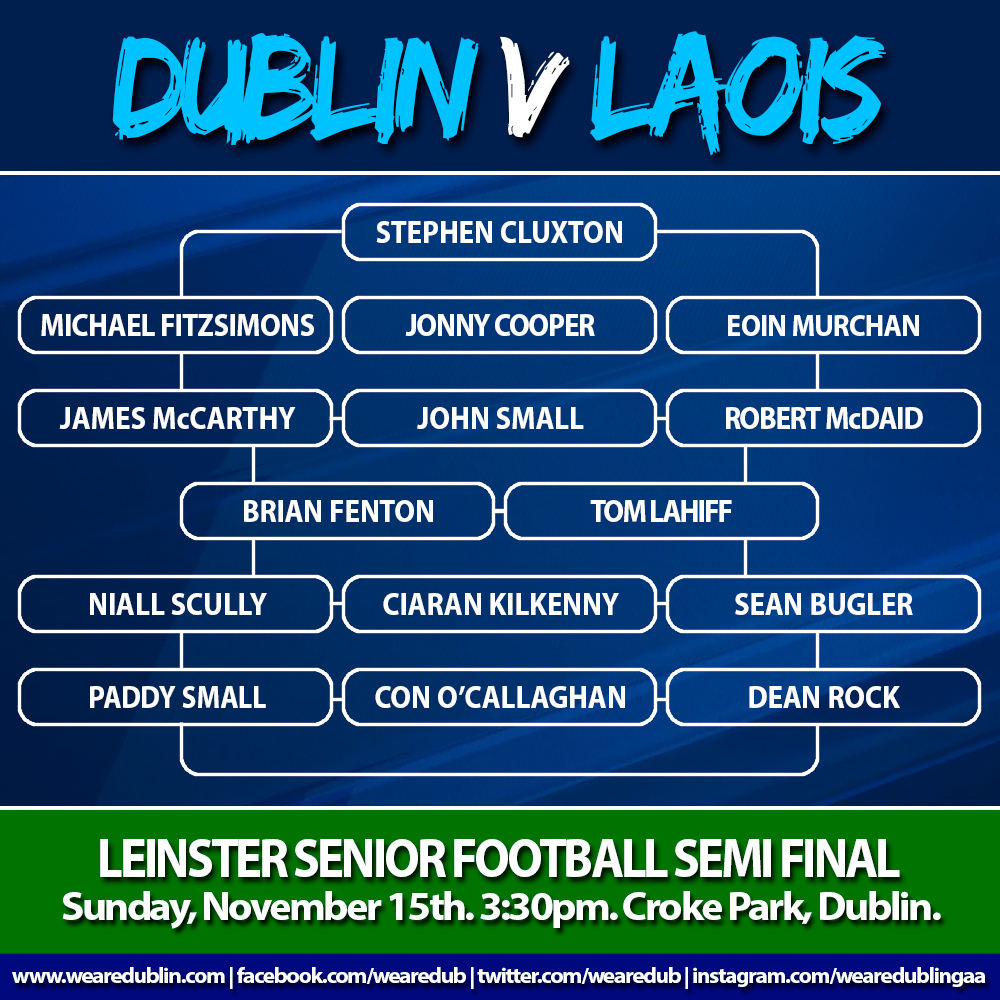 Dublin’s Senior Football panel are 2 games away from retaining their Leinster Football Championship title, aiming for a record tenth consecutive provincial crown. They’ll face Laois tomorrow, who came through as two point winners over Longford last weekend on a 1-16 to 1-14 scoreline in their Quarter Final.

Dublin saw off Westmeath in a comfortable win in Portlaoise on a rainy Saturday night to set up tomorrow’s clash. It was a double figure scoreline for the Boys in Blue as they finished 0-22 to 0-11 against their provincial rivals with as many as ten different names on the score sheet. The winners tomorrow will face the winners of the Meath and Kildare clash which throws in first in tomorrow’s double header in Croke Park. All games are still being played behind closed doors, but you can watch all the action on RTE’s News Channel.

Dublin manager Dessie Farrell names an unchanged 15 to start tomorrow from the side that started over Westmeath last weekend. That means both Tom Lahiff and Sean Bugler, who were late inclusions to last week’s starting 15, retain their places for tomorrow. Lahiff, the St. Judes man put in a solid shift alongside Brian Fenton in his Championship debut, while Sean Bugler continues to impress in the forward line and is growing into an effective option for the Dublin manager.

HISTORY WILL BE MADE IN TODAY’S ALL IRELAND FINAL

THE 2017 ALLIANZ NATIONAL FOOTBALL LEAGUE IS JUST AROUND THE CORNER