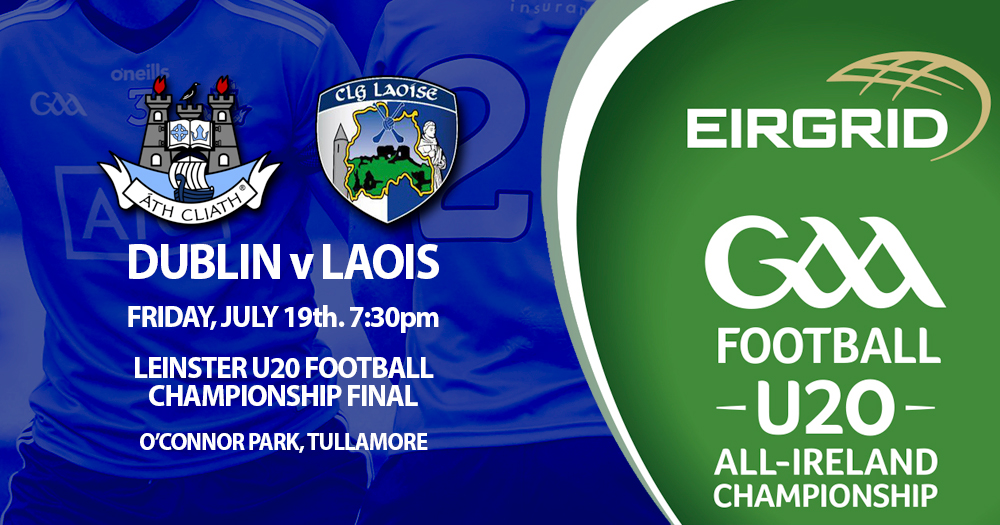 Tom Gray’s Dublin U20s dusted themselves off following last year’s Leinster Final defeat. That was 1-15 to 0-10 loss to Kildare. The Lillies went onto win the All Ireland competition outright. So being beaten by the eventual All Ireland Champions wasn’t so bad.

This year, Dublin have gotten the better of both Longford and Wexford to arrive at this Friday’s title clash. And along the way they’ve recorded 5-38, conceding only 0-13.

Following the win over Wexford, Tom Gray told DUBSTV he was pleased with the performance. And that was despite them finding Wexford difficult to break down.

When asked about the campaign on the whole he said “I’m very happy how solid we look at the back. But in fairness we’re playing Laois in the Leinster Final and they’ve come through three tough games.”

“They certainly come in fully tested into the Leinster Final and we’ll have to be at our absolute best to be a challenge to them.”

Over the course of the Leinster U20 Football Championship, formerly the U21 competition, Dublin hold the record for the most title wins. They stand at fourteen in total, with their last being the last ever U21 competition in 2017, their fourth in succession.

Kildare’s Championship win last year was their eleventh. They’d won the U21 championship in 2013 before Dublin took over for four years. Laois, Meath and Offaly share the limelight on eight titles each, with Louth, Meath and Wexford winning it three, two and one time respectively.

The Leinster winners this Friday will face Connacht champions, Galway, in the All-Ireland U20 Semi Final the weekend of July 27th/28th while the Munster winners (Cork/Kerry) will meet Ulster champions, Tyrone, on the same weekend.

MAYO ONLY NEED TO PUSH UP ON DUBLIN’S KICK OUTS AND...