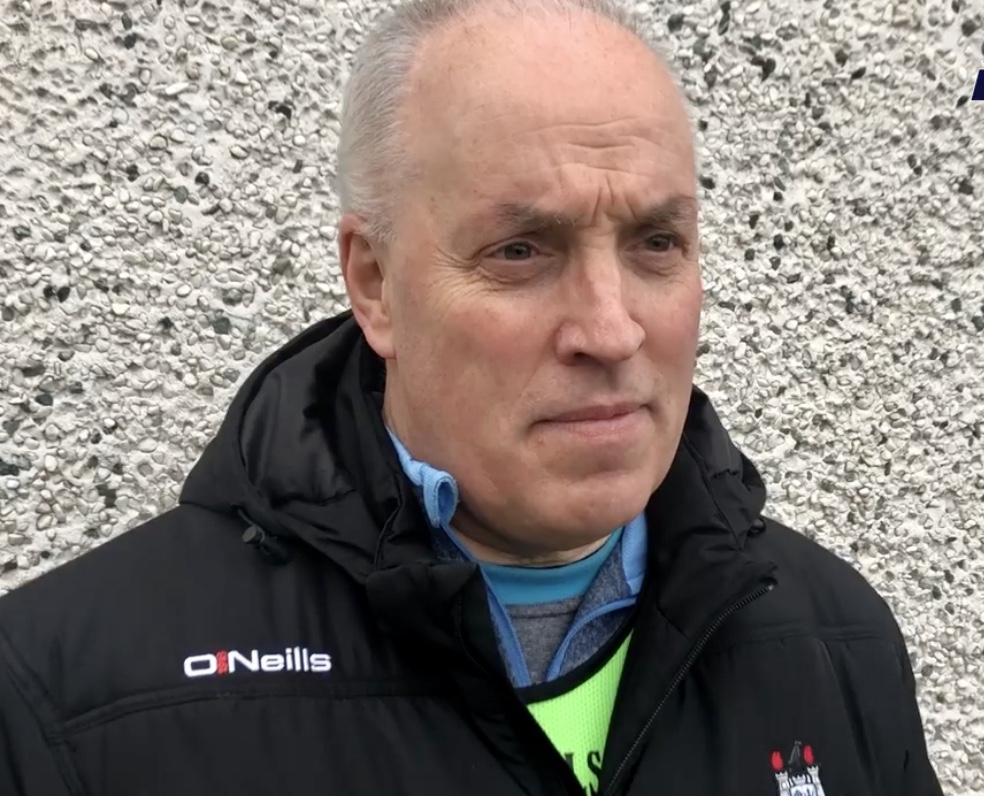 Dublin U20 manager Tom Gray is unhappy with the decision to bring forward this years underage football championship to early spring this year and says it’s an “absolute disgrace.”

Dublin are defending EirGrid Leinster U20 champions are favorites to retain their provincial crown and go all the way and claim the All Ireland title.

A 13 point hammering of Meath last weekend propelled Dublin back to the Leinster final where they will face Laois a repeat of last years decided which Gray’s side won by 4-18 to 0-17.

The Young Dubs went on to qualify for the All Ireland final but came up short against Cork.

Last years U20 Championship was played between late June and early August but was brought forward this year to early spring with Dublin beginning their Leinster campaign on the 8th of February against Wicklow.

The All Ireland semi finals are due to take place on St Patrick’s Day and the final is pencilled in for the 28th of March.

Dublin U20 manager Tom Gray has said the timing of the 2020 competition is terrible, not only does it clash with exams but the weather conditions have been dreadful.

Storm Ciara and Storm Dennis were in full flow during Dublin’s wins over Wicklow and Longford and Gray said the conditions and are hardly conducive to developing players.

“I think the idea of having the competition at this time of the year is an absolute disgrace,” Gray told the Irish Times.

“I think the thought process behind it was…to say it was myopic would be understating it.

“We’ve a lot guys who are doing exams, mock exams, we have freshers in college and to push a competition back into this time of year was short-sighted in the extreme.

“To try to develop players in the conditions that we’re having and in the time frame of the competition at the moment is…look, we’re doing our best but it’s far from ideal. It should have been left in the summer.”

The Annual Congress takes place this weekend and one of the motions being mooted Gray is unhappy about.

The motion proposes that any player who plays in a national football league game at any stage in the current year’s campaign is ineligible to play at U20 level.

At the moment there are no U20 players on the current Dublin senior panel, although there is nothing to say that Dessie Farrell won’t bring a number of them in when Gray’s sides campaign is over.

But although it doesn’t affect the Dublin U20 managers plans at the moment it certainly will have an effect on other counties and Gray believes the GAA need to have a good look at themselves in terms of the timing of the competition and the rules that govern it.

“In relation to players playing national league, and not being eligible then to play in this competition, it probably won’t really affect Dublin but I do think it’s incredibly unfair on counties like Meath, like Laois,” he said.

“Look, I think the GAA needs to have a good look at itself in relation to the timing of this competition and the rules that govern it.”