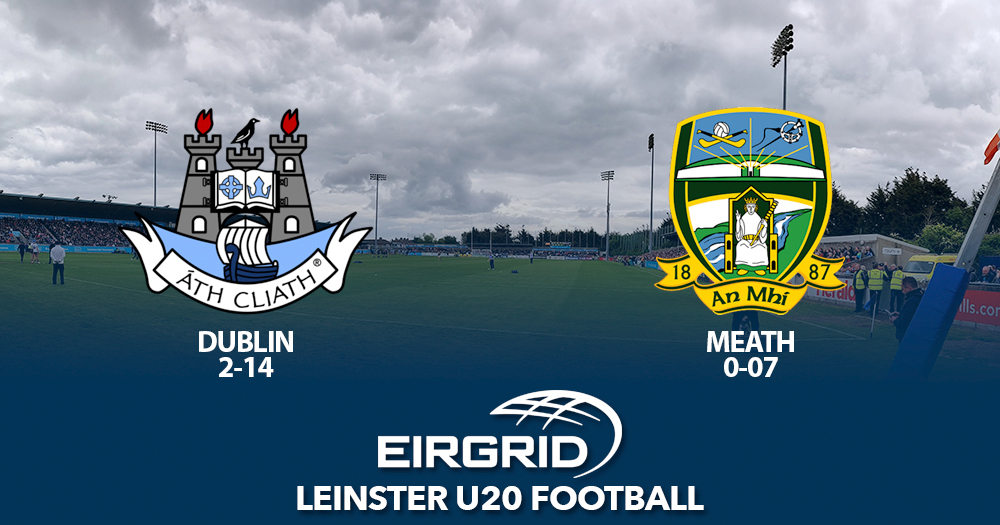 Another strong performance by Dublin’s U20 football panel sees them advance to this year’s Leinster Final, where they’ll face Laois in a repeat of last year’s decider.

Dublin have now managed to reach every provincial final since the competition at this grade was created three years ago. And Tom Gray’s men now have the chance of winning back to back provincial crowns.

The foundation for Dublin’s win yesterday was laid early as they ended the first half a comfortable 1-08 to 0-03. Meath had lost senior star Shane Walsh to injury in the lead up to the game which hugely affected their attack.

Inside eight minutes Dublin had registered 1-04 without reply. An opening score from Kieran McKeon was followed by the opening goal. A Ciaran Archer angled drive found the net giving Dublin their first goal.

Meath’s return in the first half all came from dead balls, as their attack lacked any structure. Mark Lavin added two more scores for Dublin before the break giving them a more than healthy cushion.

Within three minutes of the restart, Lorcan O’Dell opened up the Meath defence and finished perfectly to extend Dublin’s lead to 2-08 to 0-03. Meath keeper Sean Brennan saved some of his sides blushes, stopping Ciaran Archers goal attempt by the end of the third quarter. Padraig Purcell, who was a second half substitute, added a brace of scores. And in the end Meath had nothing to offer, leaving Dublin comfortable winners.