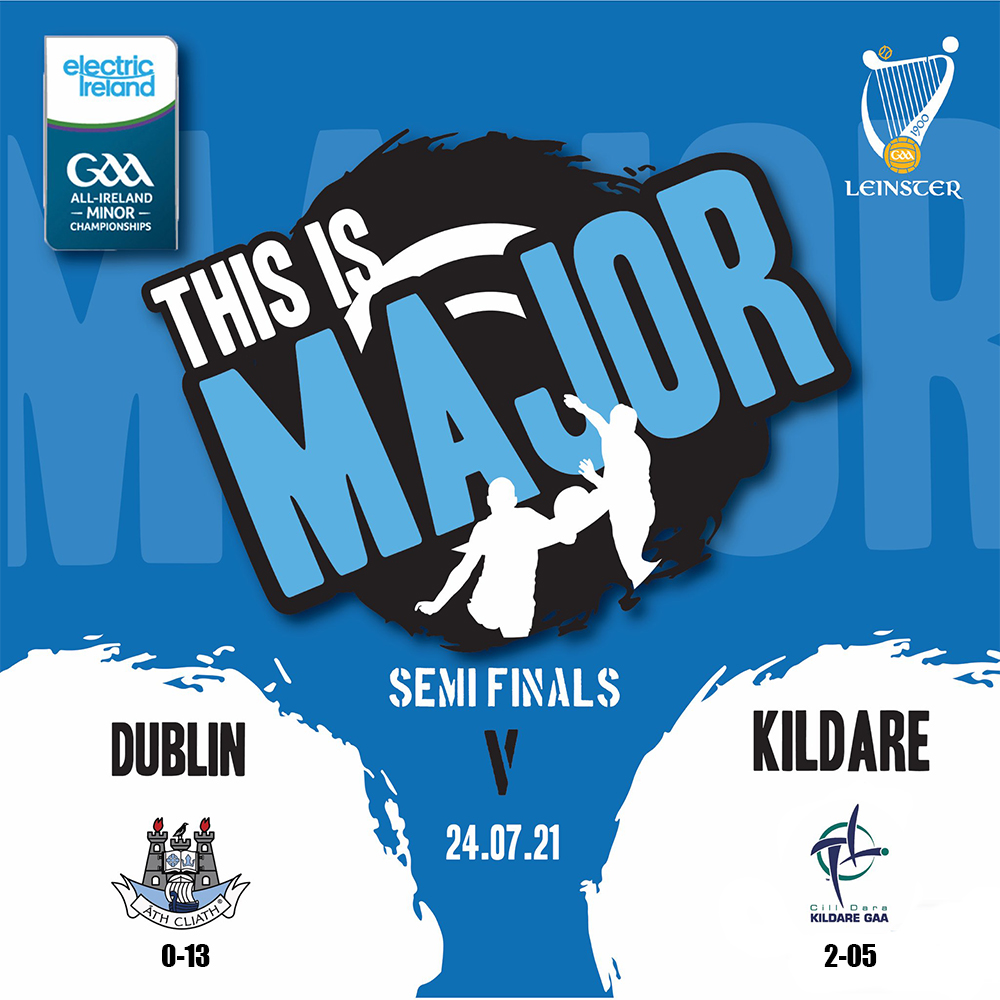 Ger Lyon’s Dublin Minor Football Panel toughed it out this afternoon at Parnell Park. And despite a late charge from Kildare in the last 10 minutes it was Dublin who ran out winners, setting up Leinster Final date with Meath next week.

Tadgh Gorman lead the charge for Dublin scoring 0-05 of their 0-13 this afternoon. But it was a massive effort all round, with some quality defensive work that got the Dubs over the line. Dublin lead for the majority of the game, with the sides level only three times.

Dublin lead by 0-10 to 1-02 at the second half water break, and looked comfortable. But a 52nd minute goal from forward Elliot Beirne sprung Kildare into life. Gavin Thomspon registered three points in succession to give his side a one point lead before Ronan Geoghegan levelled the sides again. Another Gorman point and a converted mark from substitute Karl Flynn was enough to give Dublin a 0-02 lead and hold out to qualify for the Leinster Final.

Despite a slow start Dublin were leading by 0-04 to 0-00 by the first half water break. After Tadgh Gorman converted a free for their opening score, he went on to score the next three scores with little response from Kildare. They eventually got their first score on the board when Gavin Thompson knocked over a free. And moments later Fionn Cooke hit the net and all of a sudden the game was tied for the first time with 3 minutes remaining on the clock.

Scott McConnell scored Dublin last point of the half to give them the minimum lead of 0-05 to 1-01 at the break.

Jim Gavin Commits To Senior Footballers For Another Three Years