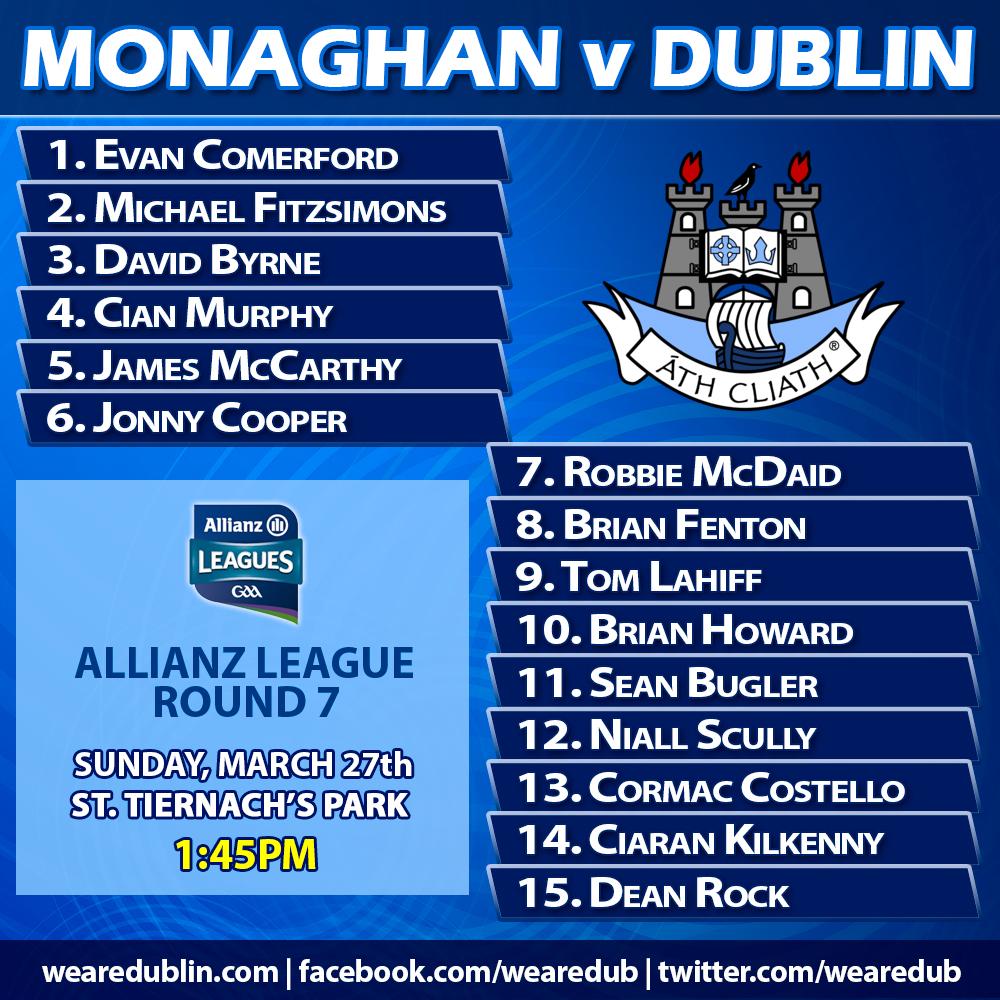 The Allianz League Division 1 table hangs in the balance at both the top and the bottom of the table. Five teams can still join Kerry in the Football League Final. Equally, five sides are looking at avoiding relegation. It’s literally all to play for in the final round. So it really is a Super Sinday.

For Dublin, they’re battling at the undesireable end of the table and face a tough task tomorrow in Clones facing Monaghan who are also fighting for survival. First and foremost, Dublin need to win, but that won’t be enough. It will put them on 6 points. They’ll be looking toward the games involving Kildare, Donegal and Tyrone hoping at least one of those sides lose to secure safety. But that’s also the same fate for Monaghan.

Thankfully Dublin’s form has vastly improved as the league has progressed. After four straight defeats, Dessie Farrell’s side have put in impressive performances against Tyrone and Donegal. And they now have to leave it all behind against another Ulster opponent.

Farrell has named his starting 15 to face Monaghan tomorrow with the only change being Evan Comerford returning to goalkeeping duties after being replaced by Michael Shiel in their last outing against Donegal. James McCarthy, who was also a late change in last weekend’s game retains his place in the starting lineup.