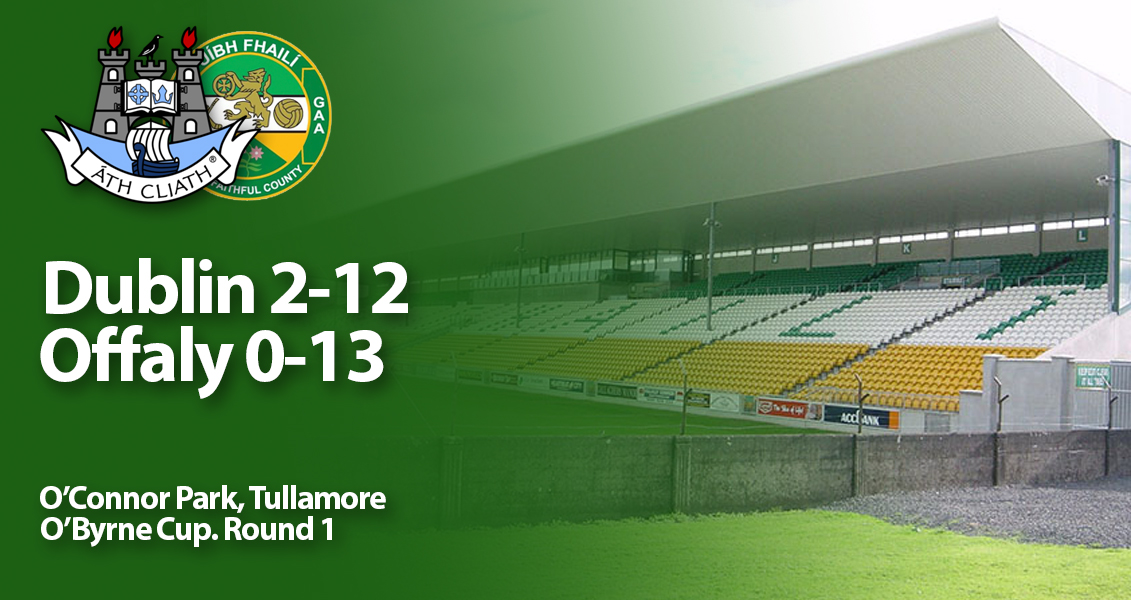 The Dublin Senior Footballers started off the new year in a winning fashion in the opening round of the O’Byrne Cup. But they were pushed all the way by a gallant Offaly until their challenge faded in the final quarter at O’Connor Park in Tullamore.

Eoin Murchan and Ciaran Kilkenny were the only Dublin survivors from the team that lost to Mayo in last year’s All-Ireland semi-final, and Dessie Farrell’s much-changed side led by just two points at the break despite playing with the wind at their backs. It would come as no surprise to supporters now used to seeing fresh faces on the field at the early parts of the year.

Sean Bugler, who played today at wing back, finished with four points for the Dubs, as did Kilkenny who was prominent throughout in attack.

Tom Lahiff hit a goal within two minutes of restart, but the Faithful men responded well to reel off four points on the spin. Johnny Moloney’s score just after the second-half water break was Offaly’s last score as their challenge faded out, with Warren Egan’s goal in the final minute putting a gloss on the scoreline.

DubsTV caught up with Dessie Farrell after Dublin’s O’Byrne Cup win over Offaly in Tullamore.