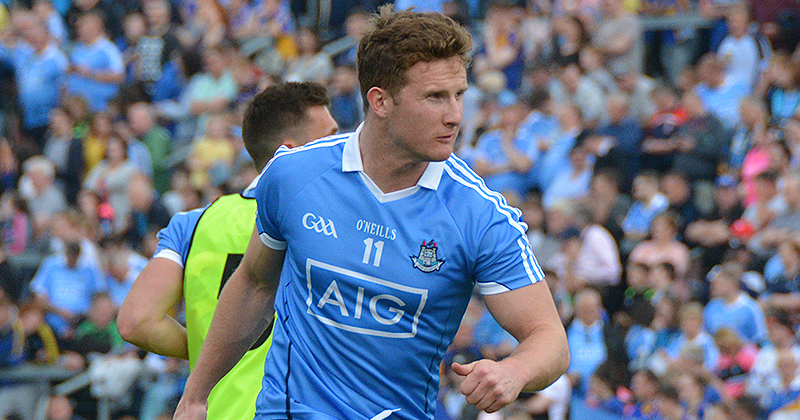 With only a week until Dublin start the defence of their All Ireland Championship, there have been subjects that may have distracted the public from the matter in hand. Jim Gavin’s panel are hoping to re-write the history books once again and keep the Sam Maguire in the capital for a fourth consecutive year.

And with a departure from the usual Quarter Final, Semi Final and Final format, the much debated Super 8 Football Series will start next weekend. And by around 6:30 this evening Dublin and Donegal will hopefully know their final two opponents, as Roscommon and Armagh face off at 3:00pm, and Cork and Tyrone do battle at 5:00pm.

The Kildare Senior Footballers made headlines recently when the GAA suggested changing their home advantage against Mayo to a neutral game at Croke Park, and what ensued was a stand off between the county and the Association. What resulted was a win-win for Kildare as Newbridge was allowed host the fixture, and Kildare were successful, defeating and knocking Mayo out of this year’s Championship.

But from this action, more questions and disputes have been spurned. Most recently Donegal’s meeting with the GAA regarding Croke Park being used as a neutral venue for their Super 8 game against Dublin next weekend. The meeting was held, and while the venue remains unchanged, The GAA confirmed that a review of the first year’s competition will be held by the Central Council were county board delegates could file their observations and the review would be made and publicised.

While all this has been going on, preperations in Jim Gavin’s camp have continued without a hitch, and current Castleknock and Dublin star Ciaran Kilkenny has stated that the venue for this forthcoming game, or any game for that matter, has no relevance to him or his fellow team mates.

In terms of the disputes and various meeting Ciaran told RTÉ Sport “It’s at a high level, an administrative level, so we are just focusing on getting ourselves right individually and collectively and then after that wherever we play is wherever we play and we’ll go out and try to do our best.”

With the format for Dublin’s Super 8 competition being Neutral Venue, Away Venue and Home Venue, the Dublin team are relishing the thoughts of another road trip. And having spent the last number of years playing their Leinster Quarter Final fixture outside of Croke Park, it’s a rare, but exciting opportunity for the lads to experience the Championship in different surroundings.

The Away tie in this year’s competition will be against either Cork or Tyrone, depending on this evening’s result, so a trip far north or far south is the prize for Kilkenny and his team mates.

“Going to Healy Park or Páirc Uí Chaoimh will be really exciting. And the challenges that brings and I suppose the excitement that brings in the National League, going to different venues will be exciting.”

For many years now Dublin have used Croke Park for home ties in the National Football League, with the creation of the Dublin Spring Series, and the reasoning behind this is down to the enormous swell of support the team receives. And with season ticket sales at an all time high, Parnell Park could not cater for all these fans and travelling fans too.

“In the National Leagues when we play in Croke Park, we essentially rent it out because we want to facilitate all the young boys and girls that want to go and see their heroes and their role models play in Croke Park.”

“When you’re growing up and you’re a young lad, you’re hitting the ball out the back, you’re always dreaming of playing in Croke Park as well. That is a dream come true as well.”

So Croke Park will again host what could be another potentially memorable game between Dublin and Donegal, with Donegal being the last team to capture a victory of Dublin in the Championship. That 2014 defeat may very well have made Dublin rethink their process, but the memory will always linger in the heads of the mass of Dublin fans. And Dublin themselves definitely learned valuable lessons that day.

“We had a really competitive game with them in the National League. They’ve been racking up serious scores in all of their games so far.”

But Donegal recently suffered a massive blow, losing Paddy McBrearty to a cruciate ligament injury, putting him out of Donegal’s championship plans altogether this year. Similarly, Ciaran suffered that same injury in their league campaign in 2014, and ended his year prematurely. So there’s a certain level of empathy he has towards the Donegal star.

“I was in touch with him after the game and was devastated to hear that he had done it. I know how much work he puts into his football, his training, and how hard he works off the field as well.”

“So it was devastating to hear that, and I just hope that he can get back as quick as he can and as healthy as he can because he’s an incredible footballer and a really nice guy. I wish him the best of luck.”

“He just needs to, I suppose, work really hard in the gym and he’s very lucky he has a great medical team in Donegal to look after him. I know he’ll get back fit and strong.”

CONNOLLY IS JUST DOING HIS OWN THING

HISTORY WILL BE MADE IN TODAY’S ALL IRELAND FINAL