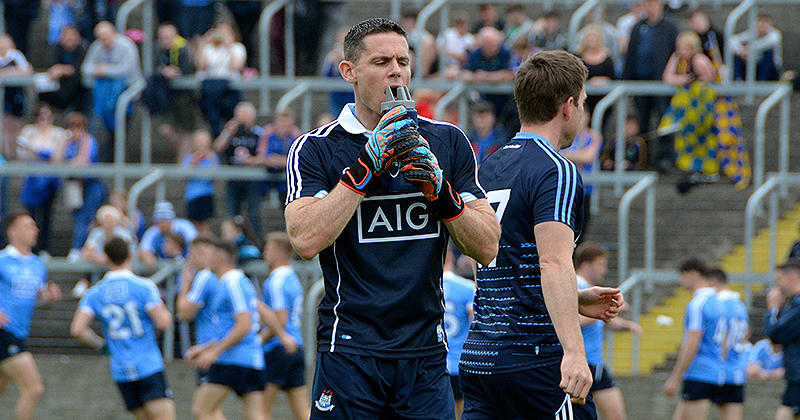 Jim Gavin’s Dublin Senior Footballers booked themselves another Leinster Championship Final spot following their methodical victory over Longford at the weekend. Longford to their credit came and gave their all in front of the Croke Park attendees, but were just no match for the dominant Dubs, who continue to look unstoppable in their quest for their eight consecutive provincial title, and of course their fourth consecutive Sam Maguire.

The odds were always against the Midlanders coming into this Semi Final, and any chance of their attack making causing upset was marred in the 22nd minute when full forward James McGivney made a serious late challenge on Dublin keeper Stephen Cluxton and shown a red card by referee Maurice Deegan. To make matters worse 5 minutes later they lost half forward Liam Connerton to injury, leaving them over reliant on corner forward Robbie Smyth for over 40 minutes of play.

Despite their bad fortune, Longford manager was magnanimous and hugely complimentary of their opponents speaking to RTÉ Sport at full time.

“I’ve referred to Dublin as being the Real Madrid of football and I didn’t see anything to change my mind there today.” he said.

“Our players need a bit of a breather after that, that was tough going today.”

“We knew coming into the game that it was going to be very difficult.”

The Dubs did the majority of the damage in the first half, with goals from Dean Rock and Paul Mannion either side of McGivney’s sending off, holding Connerton’s men to 0-07, with four of them from play to credit their fighting ability.

In the second half, Dublin added 0-12 to their 2-13 and pinned Longford to five scores, with Rian Brady scoring the last of them in the 53rd, as Dublin closed out the remaining 17 plus minutes.

“We’re very disappointed leaving here,” Connerton added, “we don’t get here too often and we would have preferred to have been able to play with 15 and give a better account of ourselves.”

“Dublin were awesome, they’re finishing was hugely clinical and we went down to 14 men.”

“It was a mountain to climb before that so it was just like climbing the highest mountain you could think of today so it was very difficult. But I’m proud of their efforts of our players. Our players stuck at it to the bitter end.”