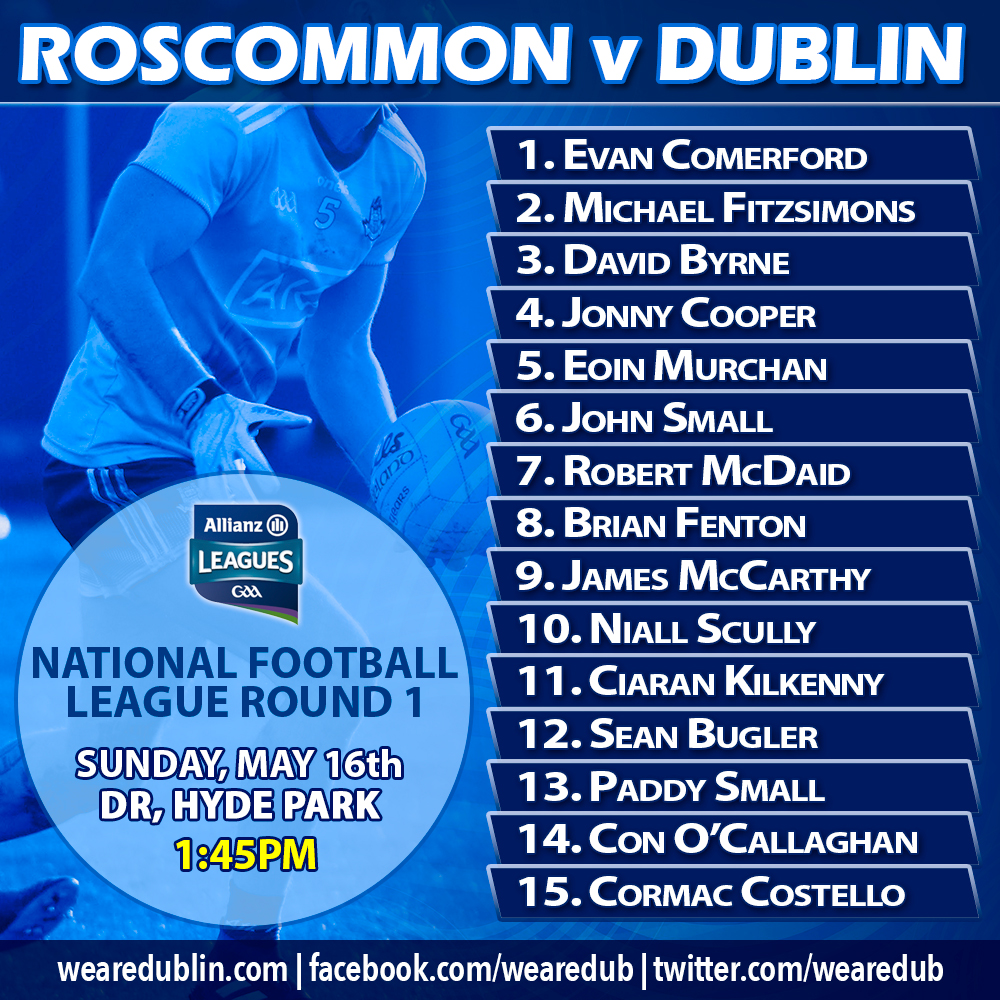 Another season is upon us, and of course for the record breaking Dublin Senior Footballers. And as they face into 2021, their first task is the National Football League. Tomorrow they will head to Dr. Hyde Park to square off against Roscommon.

Earlier today the starting 15 was annouced to the media for this opening round NFL clash. And it shows two changes from the starting team in Dublin’s All-Ireland Final victory last December.

Evan Comerford takes his place in goal, with Cormac Costello starting in the full forward line. They replace Stephen Cluxton and Dean Rock respectively from the victory over Mayo last time out.

Michael Fitzsimons, David Byrne and Jonny Cooper make up the full back line, with Eoin Murchan, John Small and Robert McDaid ahead of them in the half back line.

Brian Fenton and James McCarthy are named to start in midfield, behind Niall Scully, Ciarán Kilkenny and Seán Bugler in the half forward line.

Dublin have three round games this year and after tomorrow they’ll head for Semple Stadium to face Kerry next week. They’ll finish off their round robin campaign a week later with a trip to Tuam for a clash with Galway. June will see the knockout stages of the competition, with the final scheduled for June 19th or 20th.