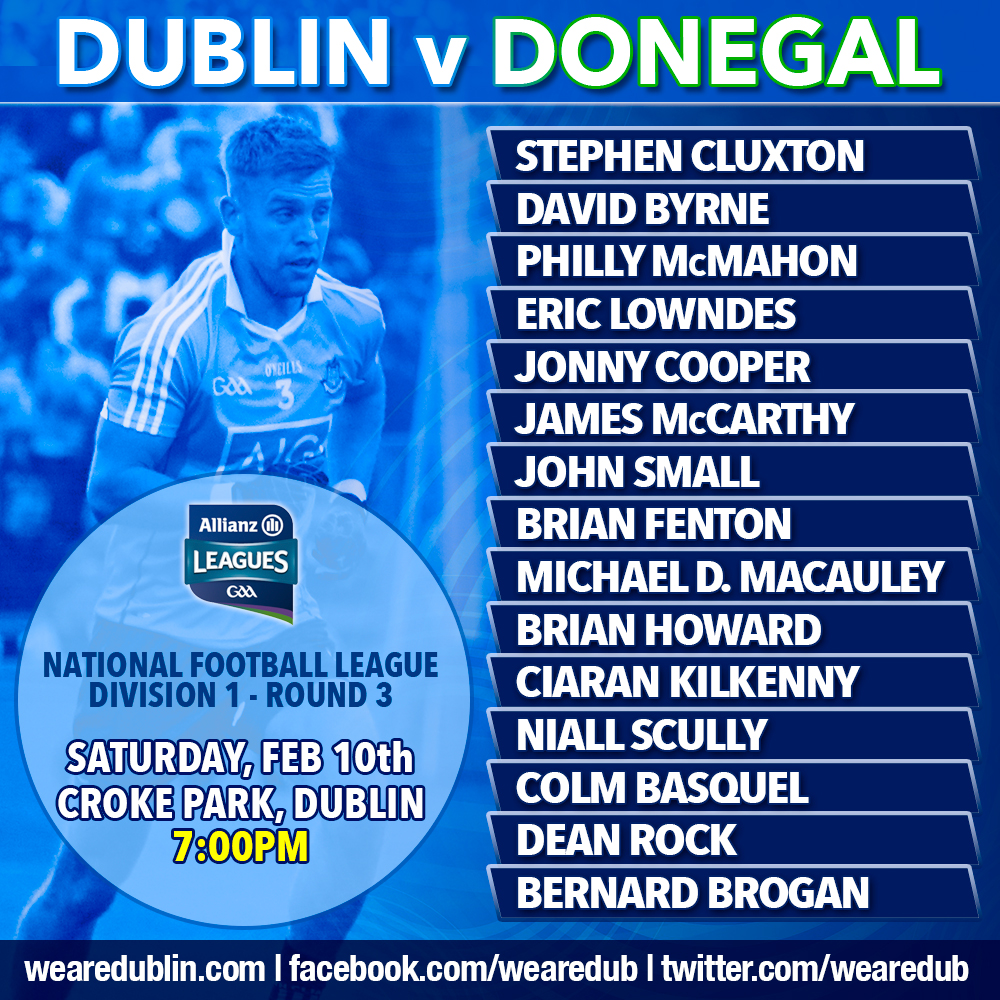 It’s Round Three and Dublin are already two for two, having seen off the challenge of both Kildare and Tyrone. And tonight it’s the chance to go three for three against a travelling Donegal side, who come to Croke Park still to register a win in this year’s league.

Dublin boss Jim Gavin, has named the 15 that will start in HQ tonight against The Tír Conaill Men.

Michael Fitzsimons has been replaced in the full back line by Eric Lowndes, and Colm Basquel and Bernard Brogan find themselves back in the 15, having been replaced last minute by Paul Mannion and Kevin McManamon last weekend in Omagh.

Don’t forget to get into Croke Park early tomorrow night for the Lidl Ladies NFL clash between Dublin and Cork. It promises to be an eventful evening under the floodlights.