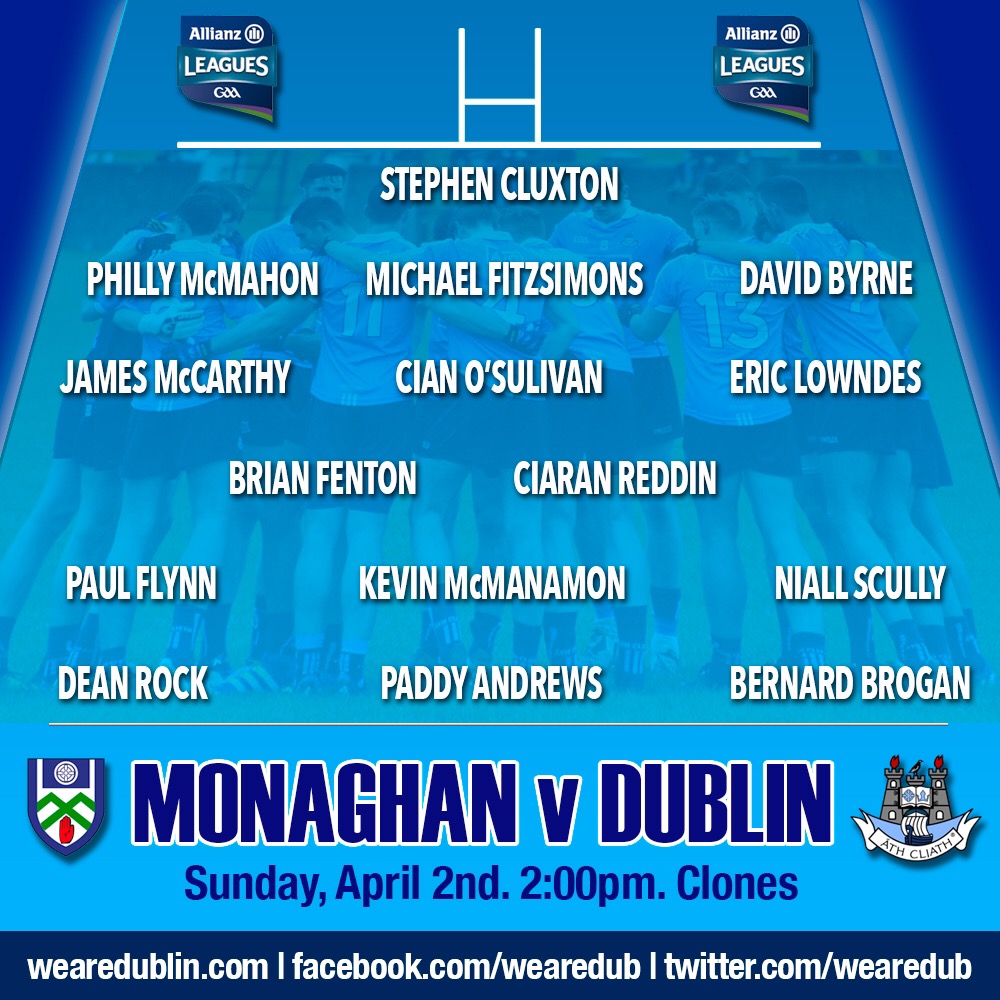 Dublin boss Jim Gavin has named his starting side to face Monaghan in their final Allianz League Round game.

The starting 15 that blitzed Roscommon in the last round appear to have made Gavin’s selection an easy one.

The only change is James McCarthy has been named in place of Darren Daly at wing back.

Dublin travel to Clones top of the Division 1 League Table and will fancy themselves for the win in the final round to advance to the League Final.

Monaghan will want to get a result tomorrow and will not want to rely on results in other games to qualify.

So this fixture is of huge importance to both sides and is expected to be a close tough affair.