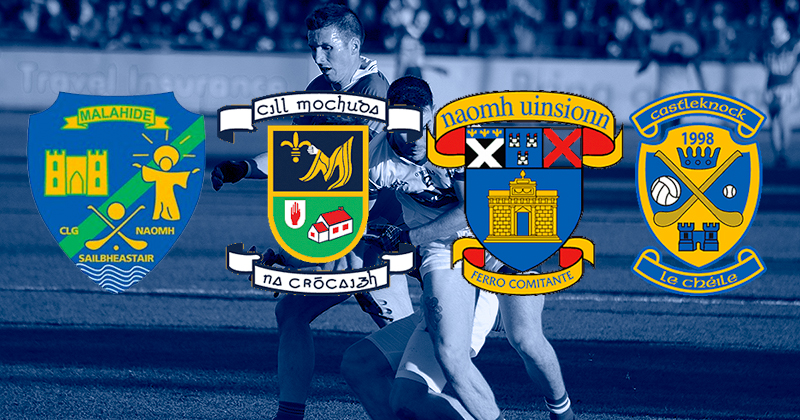 Sylvester’s had a very successful run in Group 3 with wins over Parnells, Ballinteer St. John’s and St. Jude’s. But they face their toughest challenge this afternoon against a Kilmacud Crokes side who also went there for three against Ballyboden, Raheny and St. Oliver Plunkett Eoghan Ruadh.

Both sides made this stage of the competition last year with Sylvester’s losing to Vincent’s and Kilmacud reaching the semi final with a win over Castleknock.

Throw in for this Quarter Final is 2:15pm.

Reigning champions St. Vincent’s are back in familiar territory once again and are aiming to retain their Senior Football Championship crown. They come up against Castleknock who were Vinnie’s opponents in the 2016 championship final.

During this year’s round robin phase Vincent’s saw off the challenge of Na Fianna, Skerries Harps and Lucan Sarsfields to finish top of Group 2. Castleknock lost to Ballymun Kickhams in the last round of Group 4 to put them runners up. But wins against Clontarf and St. Brigid’s secured a Quarter Final slot.

Castleknock reached the last eight this time last year but were unsuccessful against Kilmacud Crokes. For Vincent’s they’re aiming for the third consecutive title since losing to Ballyboden in 2015.

Throw in for the second Quarter Final is down for 4:00pm.

We’ll be live from the first throw in at Parnell Park today, with score by score updates on www.twitter.com/wearedub. And you can find all the post match reports and analysis from the game right here and on www.facebook.com/wearedub.