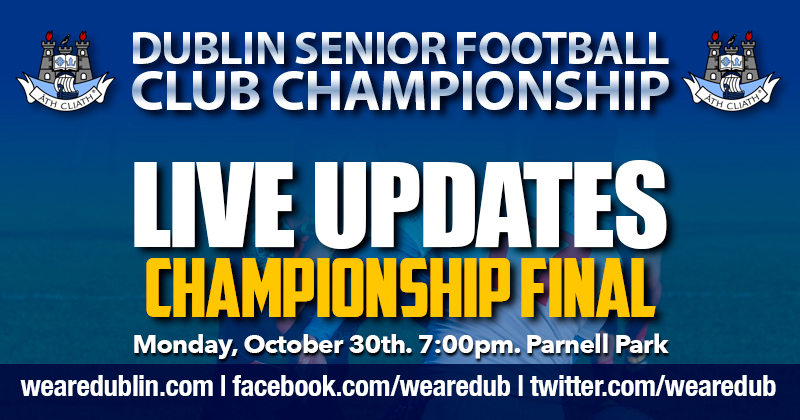 Just under four hours away from the biggest club football game in the county and fans of both Vincents and Ballymun will be arranging their journey to Donnycarney for this year’s Dublin Senior Football Championship Final.

The two best teams in the county will square off again, having met at this juncture back in 2013, and that season St. Vincents clinched the Clery’s Cup after an initial drawn game, and went the whole way to Croke Park the following St. Patrick’s day to beat Castlebar Mitchels and lift the AIB All Ireland Senior title.

Ballymun were successful at county and provincial a year earlier but their AIB Senior Championship attempt was pipped by 0-01 by winners St. Brigids of Roscommon.

But today none of that matters as a rivalry will begin a new chapter.

We’ll be live from Parnell Park tonight, with score by score updates on www.twitter.com/wearedub. And as always we’ll have post match reports and analysis right here and on www.facebook.com/wearedub.

Who will be #TheToughest this evening?

Dublin Face The Underdogs This Friday In Parnell Park

DUBS GIVE BACK PRECIOUS TIME TO WORTHY YOUTH INITIATIVE