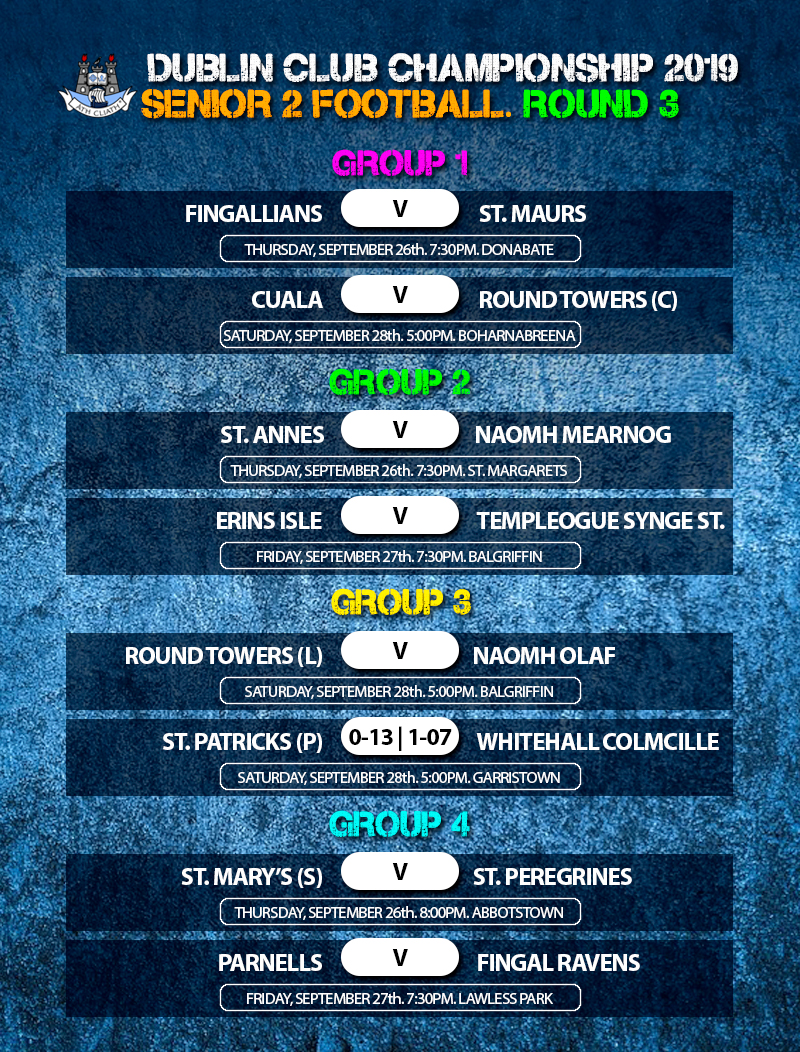 Having already won their first two round games, Cuala will advance to the last eight of the Senior 2 competition. And with their opponents Round Towers on zero points, even if Cuala lose this weekend’s game it will make no difference.

Fingallians and St. Maurs however have the opportunity of advancing, and that’s exactly what will happen the winner of their game as both sides sit on two points in the table.

Similar to Group 1, Templeogue Synge Street will qualify for the Quarter Finals as they face bottom of the group Erins Isle.

It’s down to St. Annes and Naomh Mearnog to battle it out for the second qualifying slot. Both have won and lost a game so far so the winners will join Templeogue in the last four.

A more interesting finish to this group with both this weekend’s game potentially having an impact. Round Towers of Lusk are on four points in the table. Whitehall Colmcille and Naomh Olaf are both on two points.

Towers play their final game against Olafs this weekend. They’re through anyway as their scoring difference is far superior. But if Olaf’s win they’ll join Towers in the knockouts.

If Olafs lose, and Whitehall Colmcille beat St. Pat’s of Palmerstown, Whitehall qualify. If Olafs and Whitehall both lose it will depend on score difference as right now both are also level on scores.

Fingal Ravens play bottom group team Parnells this weekend and will qualify regardless of that result.

In the other group game St. Mary’s will face St. Peregrines. And the winner of this game will advance with Final to the last eight.