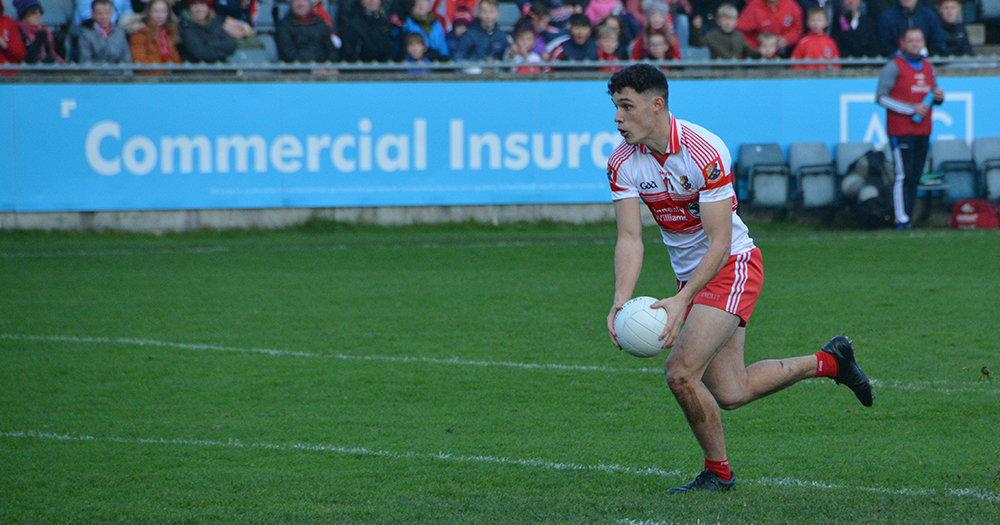 Victories over Thomas Davis, St. Judes and Skerries Harps saw Na Fianna run out winners in Group 3 of this year’s Dublin Senior 1 Football Championship. It puts that Mobhi Road men into another Quarter Final but they’ll be looking to improve as they’ve gone out at this point since 2018. They’ll face neighbours and rivals Whitehall Colmcille who were battling relegation this time last year having ascended to Senior 1 in 2020. Whitehall finished their Group 4 campaing in a three way tie with Castleknock and Lucan Sarsfield. They’d beaten Round Towers Lusk and Castleknock before losing to Lucan Sarsfields by a solitary point in the final round.

Reigning Champions Kilmacud Crokes got through to their Quarter Final without too much trouble. Convincing wins over Raheny, Ballinteer St. Johns and Templeogue Synge Street saw them achieve maximum points in the Group 1 table giving them a runner up as opposition. And getting Group 2 Runners Up will have the Stillorgan side quietly confident. But that won’t knock the confidence of Senior 2 Champions Cuala. The Dalkey side have registered wins over Clontarf and Ballymun Kickhams. And it was the tied game with Ballyboden St. Endas that were the only points dropped. Score difference put them behind Boden in the table setting up their last eight clash with the reigning champs.

Having won the Senior title in 2019, and finishing as runners up and semi finalists the last 2 years, Ballyboden St. Endas are back to run the gauntlet yet again this season. They tied the Group 2 table Cuala, taking the top spot on score difference. Their opponents will be Ballinteer St. Johns who carved a path to Sunday’s Quarter Final with a win over Raheny and a tied opening round game with Templeogue Synge Street. On paper you’d tip Boden to advance to the last four but we know in Championship the ink doesn’t dry until the final chapter.

Thomas Davis have had a whirlwind ride since winning the Senior 2 Championship in 2018. In their first year in Senior 1 they stunned everyone by finishing runners up. They failed to reach teh knockouts in 2020 and were quarter finalists last season. So they’ll be pleased to be back in similar territory this year. They picked up points beating Skerries and Judes after losing to Na Fianna in the opening round and will be up for whatever challenge Castleknock throw at them. Since finishing runners up in 2016 Castleknock have reached the Quarter Final stage every year bar the 2020 season so they’re no strangers to this phase of the knockouts. They beat Lucan and Round Towers Lusk to get here and only lost by 2 points to Whitehall in a cracking 3-16 to 3-14 clash in Round 2. It’s hard to know who’ll come out of this draw, but it’ll certainly be an interesting matchup.

All will become clear on Sunday when all four football championship games have been completed. So stay tuned across the weekend.