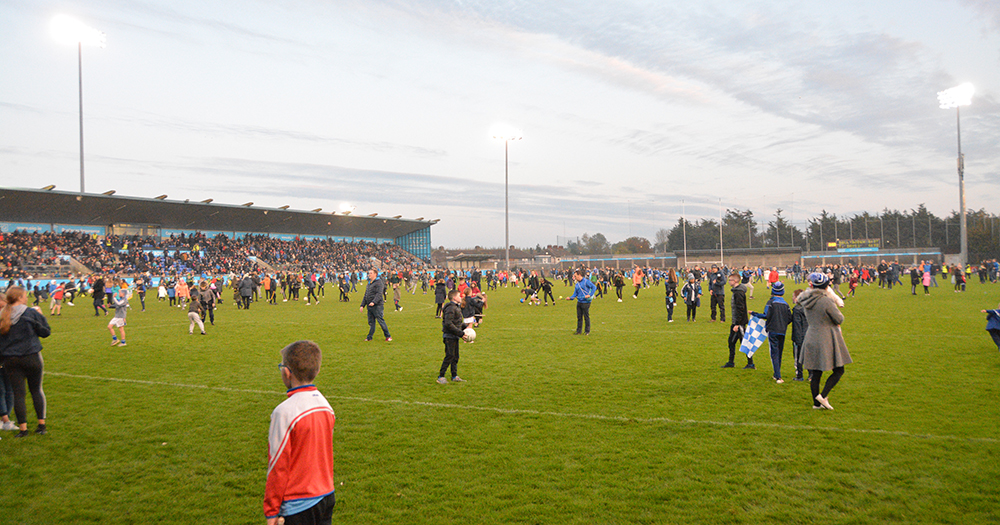 Already underway at Parnell Park this evening, Raheny will look to bounce back from their opening round defeat Kilmacud Crokes in the Dublin Senior 1 Football Championship. That 1-13 to 0-05 will make the northsiders dig deep in this Round 2 game with Templeogue Synge Street. Synge Street their opener with Ballinteer St. Johns on a 1-10 to 0-13 scoreline. So it’s all to play for.

Tomorrow afternoon Crokes will look to make it two for two as they take on Ballinteer at O’Toole Park. With literally only a point seperating the top 3 teams there’s a way to go in this group but a win for Crokes will secure their path to the knockouts.

After two really tight opening round games in Group 2 tomorrow’s fixtures will be important ones. And there’s a massive clash between Ballyboden St. Endas and Ballymun Kickhams in the second game at Parnell Park tomorrow evening.

Ballymun only shaded a 0-15 to 0-14 victory over Clontarf in the opener at Parnell Park and will want to up the ante facing a Boden side who were held to 0-16 to 1-13 draw against a spirited Cuala side.

Cuala will entertain Clontarf tomorrow at O’Toole Park. And for either of these sides to be in contention they’ll need a good return.

Both seeking their first wins of the Championship, Skerries and Thomas Davis square off tonight at St. Margarets. Both suffering defeats in Round 1, Skerries were beaten by 10 points by St Judes on a 1-17 to 0-10 scoreline. Thomas Davis have to bounce back from a 1-12 to 0-10 defeat at the hands of Na Fianna.

Na Fianna and St. Judes will lock horns in the second of tonight’s games at Parnell Park. And could be the decider of who finishes first and second in Group 3. Both sides are well used to knockout football and wont want to be missing it this year either.

As they square off tomorrow, Castleknock and Whitehall Colmcille will know the winner tomorrow will all but book their place in the quarter finals of this year’s Senior 1 Championship. Whitehall put in am impressive shift beating Round Towers Lusk by 2-20 to 1-08 in Round 1.

Castleknock saw off Lucan Sarsfields by 2-16 to 1-11 in theor opener, so this tie tomorrow will be a close knit affair at Parnell Park. Lucan will look to bounce back against a Round Towers side who also need a win to keep their Championship alive.

We’ll round up all results tomorrow evening, before turning our focus to the Senior Hurling Championship next week. Stay tuned.