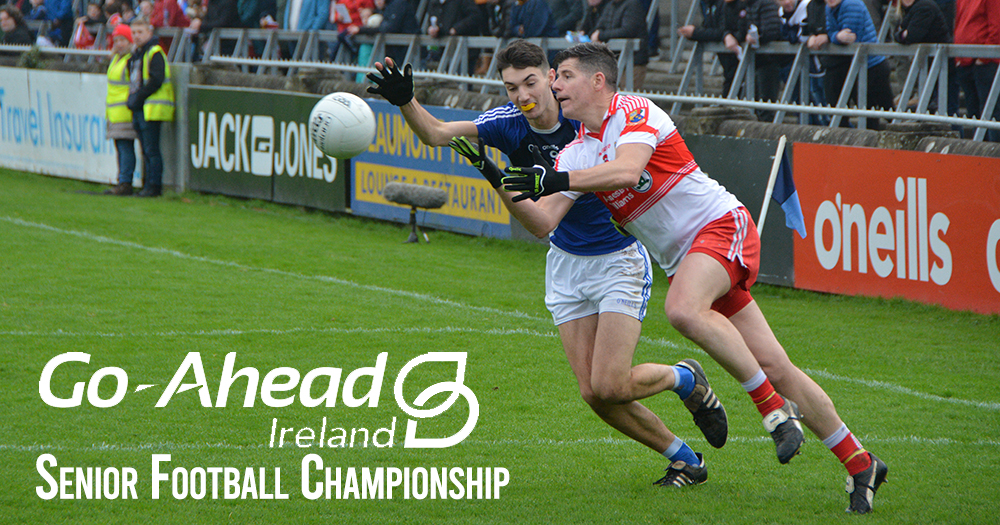 The two teams currently sitting in first and second positions in the Group 1 table go head to head in the final round of the Dublin Senior 1 Football Championship. So far Champions Kilmacud Crokes are two for two with wins over Raheny and Ballinteer St. Johns. Templeogue Synge Street will feel unlucky to only secure two draws in their games so far against Ballinteer and Raheny. Raheny and Ballinteer will know if either of them can secure a win in their final round game they can potentially still qualify should Crokes beat Synge Street tomorrow. Both sides sit on one point, so this could be a very touhg encounter.

Cuala and Ballyboden St. Endas are tied on 3 points at the top of Group 2 in the Football Championship. Boden will had to Clontarf tomorrow to build on their victory over Ballymun Kickhams in the last round after drawing with Cuala on the opening day. Cuala face a tough fixture against Ballymun with Kickhams still in with a chance of qualifying should they beat Cuala in the final round. There’s three teams in the hunt here so tomorrow will be an interesting finish to the group.

Na Fianna are two for two in Group 3 of the Championship ahead of their final round game against Skerries Harps. The Mobhi Road men have already beaten St. Judes and Thomas Davis comfortably and with Skerries suffering two losses already it’s hard to see Na Fianna slipping up today. St. Judes and Thomas Davis both have the chance to advance to the knockout stages of the Championship, but have to face each other today for that final slot with neither wanting to leave the competition prematurely.

It’s been a fantastic start to the Senior 1 Football Championship for Whitehall Colmcille. After opening with a 2-20 to 1-08 win over Round Towers Lusk, they brought their A game to Parnell Park in Round 2 beating Castleknock by 2 points on a 3-16 to 3-14 scoreline. This afternoon they head for O’Toole Park to face a Lucan Sarsfields side who need a win to stay in the competition. At the same time at Parnell Park Castleknock take on Round Towers Lusk hoping to secure a second win to advance. Again three teams in the hunt in this group so today’s games are crucial.

We’ll round up all the games after the final whistles tomorrow evening. So make sure to join us.