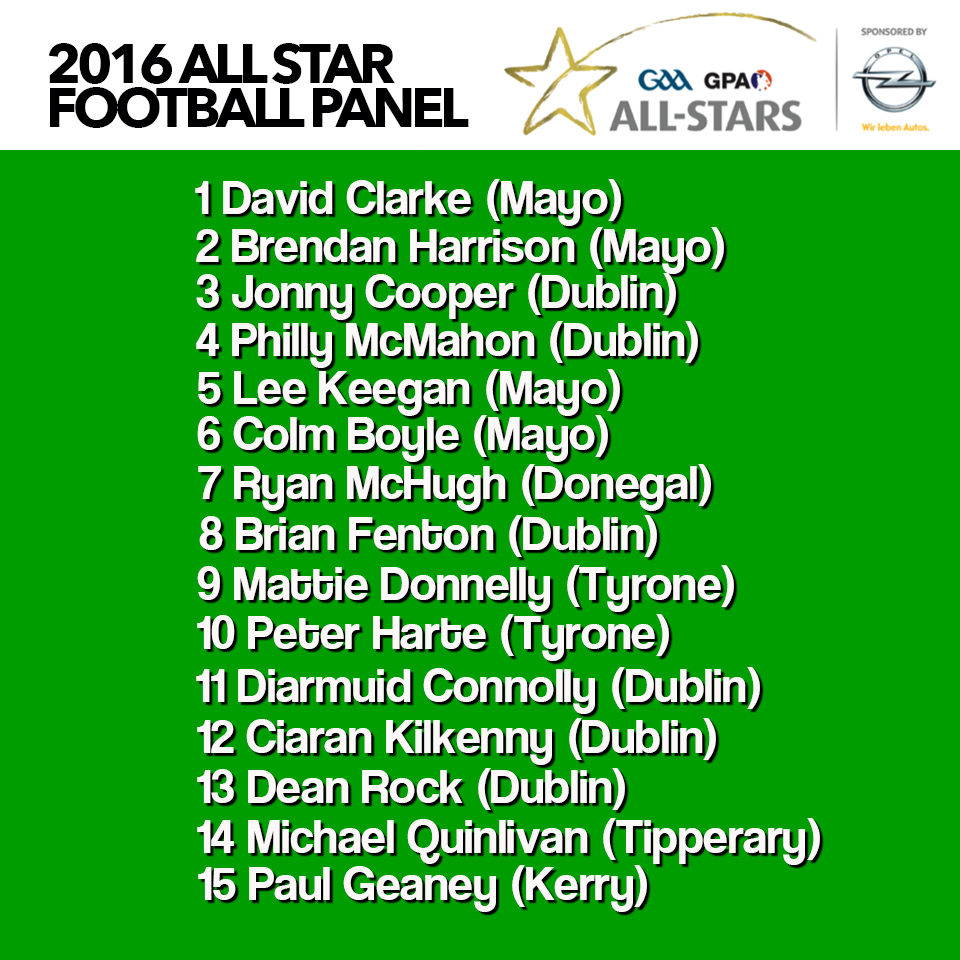 The 2016 All Ireland Champions Dublin have taken the majority of the fifteen spots in this year’s GAA/GPA All Star Awards in association with Opel.

The boys in blue once again had a phenomenal year, winning National League, Leinster and All Ireland titles, secure six position, having already made up the majority of the selection shortlist.

All Ireland runners up Mayo have had four spaces presented to them, Tyrone have been awarded two positions, while the remaining team members come from Donegal, Tipperary and Kerry.

Eight of this year’s All Star Team are receiving the honour for the first time, including Dublin’s Jonny Cooper and Dean Rock, who have both deservedly made the cut.

Outgoing GPA Chief Executive Dessie Farrell said of this morning’s announcement to GAA.ie “As always the annual selection of the All-Star teams will be a source of great debate over the winter but the announcement of the first All-Star 15 is an appropriate time to celebrate the contribution of all county players during a dramatic 2016 season.”