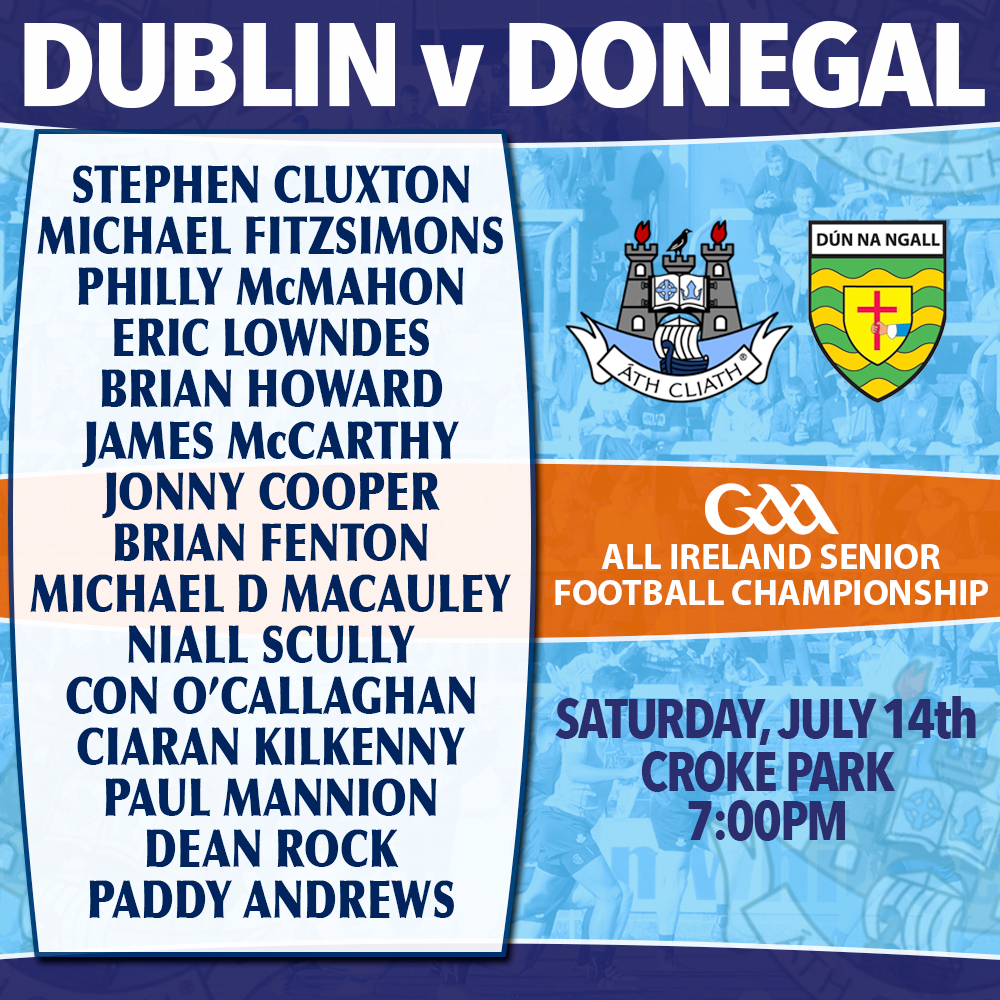 The All Ireland journey start in earnest for the Dublin Senior Footballers as they begin the all new Super 8’s competition with a mouth watering clash against Donegal tonight in Croke Park. The boys in blue have been preparing since their eight consecutive Leinster Football Championship over Laois a few weeks ago and there are only hours until throw in.

Dublin boss Jim Gavin has just announced his starting 15 for tonight’s game. Stephen Cluxton is again named as the starting keeper and this time should start, following his injury which saw the captain miss the Leinster Final against Laois at the end of June.

The Dubs will follow tonight’s game with an away trip to Healy Park next Saturday night to face Tyrone in Round 2, before returning to Croke Park to play their final Super 8’s game against Roscommon on Sunday August 5th. From there will be less than a week to prepare for an All Ireland Semi Final slot should they qualify. But let’s focus on tonight’s game before anything else is spoken about.

WE’RE JUST A TEAM TRYING TO DO OUR BEST – BROGAN