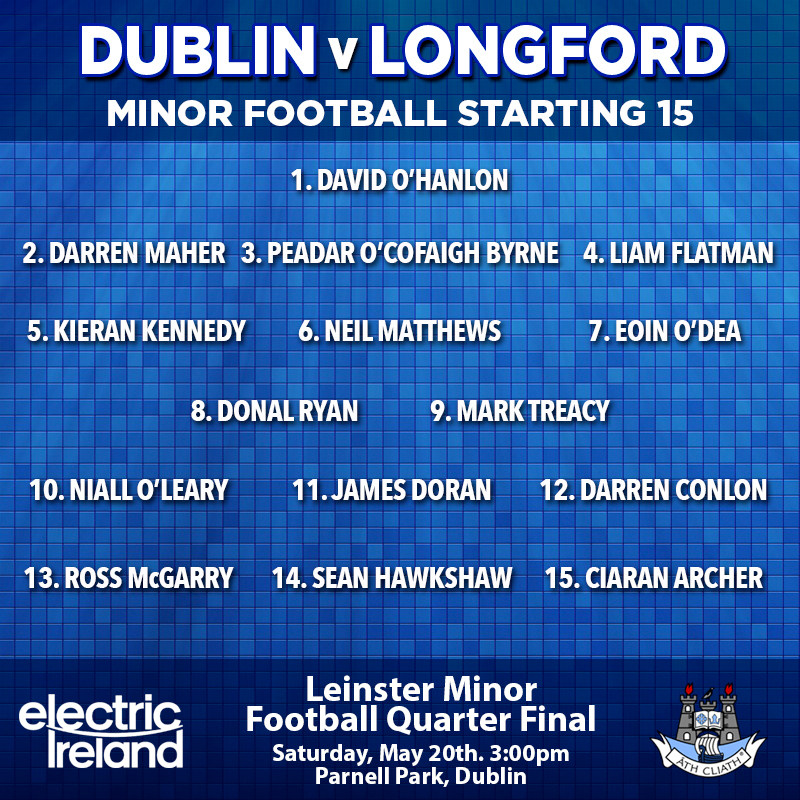 Dublin minor footballers have made two changes to their starting 15 for tomorrow’s Leinster Minor Football Quarter Final against Longford.

Darren Maher of St Pat’s, Donabate comes into the defence at left full-back, while Ballymun Kickhams’ Darragh Conlon will start at left half-forward.

Conlon came on as an extra-time sub in Dublin’s first round victory over Meath.

Dublin were loding by ten points, 0-3 to 1-10, at half-time in that game grabbed it by the neck in the second half forcing extra-time.They went on to secure a 1-15 to 1-13 victory.

In Connolly’s Absence Jonny Cooper Is The New Target For Media...

Flynn and Macauley Get Starts Against Cavan in Final League Clash