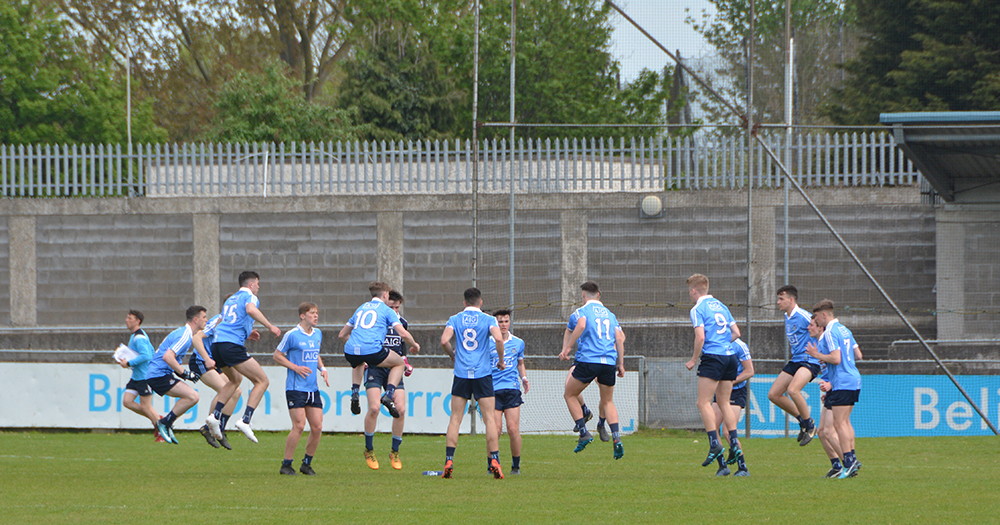 Dublin Minor Football manager Ger Lyons has his side poised to head for Navan tomorrow afternoon as the Electric Ireland Leinster Minor Football Championship finally gets underway. First up for the young boys in blue are rivals Meath, who will also have home advantage.

Tom Brennan from Na Fianna on Mobhi Road has been named as the captain for tomorrow’s game. And Brennan is one of only five panel members who were Minors in 2019. Hugh O’Sullivan, Ross Keogh, Luke Ward and Fionán Turner were also part of the set up last year.

A win for Dublin tomorrow will see them through to the last eight in the competition and a clash with Westmeath.

The sides met in last year’s Gerry Reilly U16 Tournament. Bakck then, despite a late comeback from the boys in blue, Meath prevailed on a 2-11 to 2-10 scoreline.

This Leinster Minor Football Round 1 clash will be played behind closed door due to currente COVID-19 resitrctions, but supporters can watch a live stream of the game on the Official Meath GAA website. Just click here.