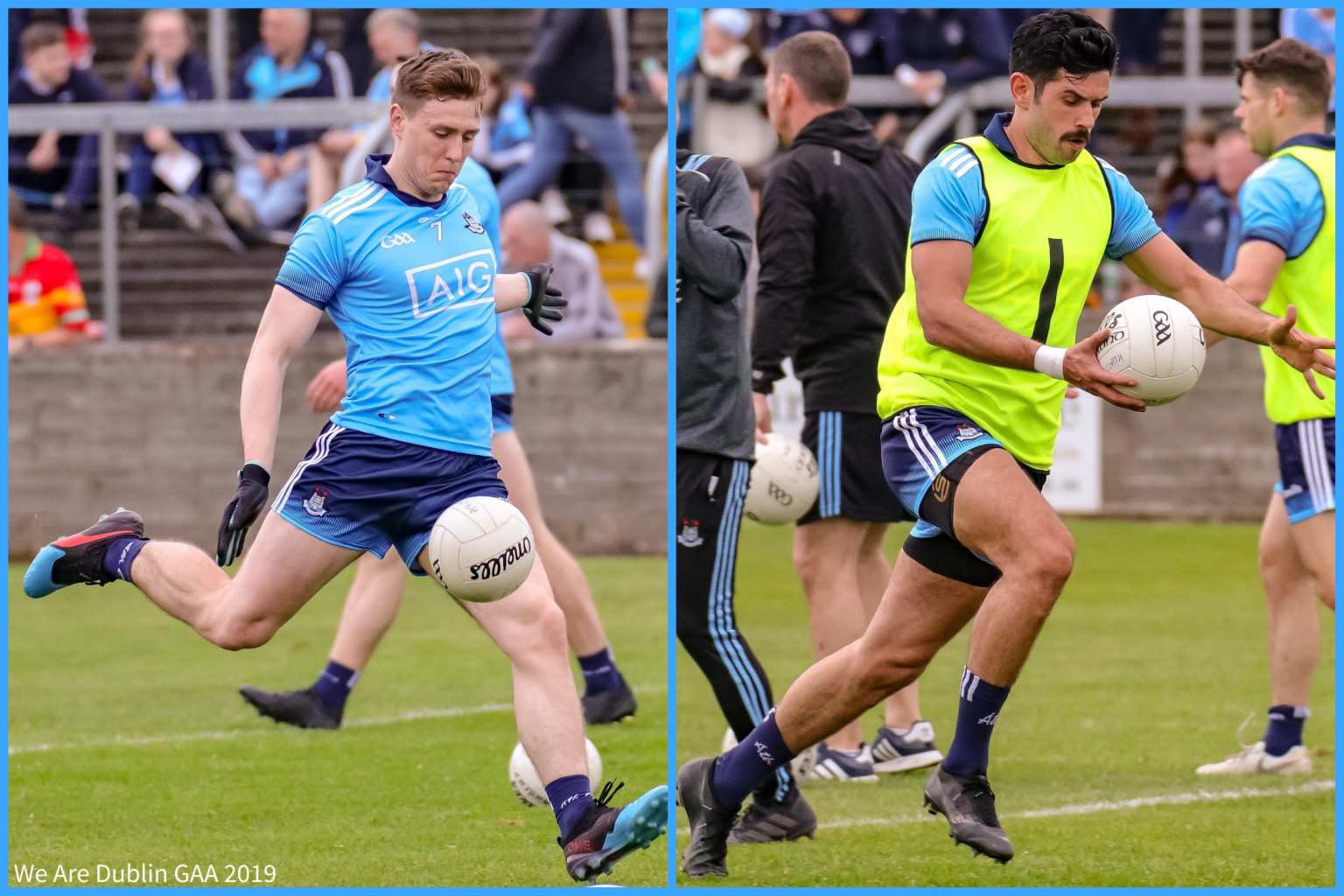 Dublin Manager Jim Gavin May have to rejig his team and squad as he has injury concerns over John Small and Cian O’Sullivan ahead of Saturday week’s All-Ireland final replay with Kerry.

Rumors circled before last Sunday’s drawn game that O’Sullivan had injured his hamstring and despite being named in the match day 26 wouldn’t feature.

During the pre-match warm-up the Kilmacud Crokes man was clearly not moving freely and it was no surprise that he remained an unused substitute despite Dublin losing defender Jonny Cooper to two yellows and the defence struggling a little due to the numerical disadvanting.

Small was substituted in the 57th minute of Sunday’s drawn All Ireland Final, originally the substitution was a blood sub as the Ballymun Kickhams man left the field of play with blood streaming for a hand injury, but he never returned.

O’Sullivan and Small now face a race against time to be fit for the replay. Eoin Murchan who replaced Small impressed and delivered an energetic final quarter were he took the game to Kerry.

If Small is ruled out then Murchan is the obvious choice to replace him. Cian O’Sullivan has suffered his fair share of hamstring injuries through his career and unless he recovers fully for the replay it’s the type of injury that is not worth taking a risk off and Gavin should as harsh as it will be to omit him from the 26 never mind a starting berth.

If that’s the case then that should open it up for Eric Lowndes to claim a spot in the match day 26 on Saturday week. Lowndes missed out the last day but he has always delivered when either from the start or when introduced from the bench. He is a powerful and pacy player and would certainly be a viable option against the speedy young guns from Kerry.

John Small’s man-marking ability and height would certainly be a loss to Dublin in the replay but Murchan has shown on numerous occasions that despite a lack of height he is an excellent man-marker and has the pace and intelligence to launch counter-attacks from deep.

The loss of O’Sullivan will rob Gavin of a player who is probably the best in the game at playing the sweeper role so that will deprive him of setting his defence up playing with a sweeper.

Gavin will hope both injuries clear up in time and give him a full deck to call on.

Archer Turns The Tables As Dublin Advance To All Ireland U20...