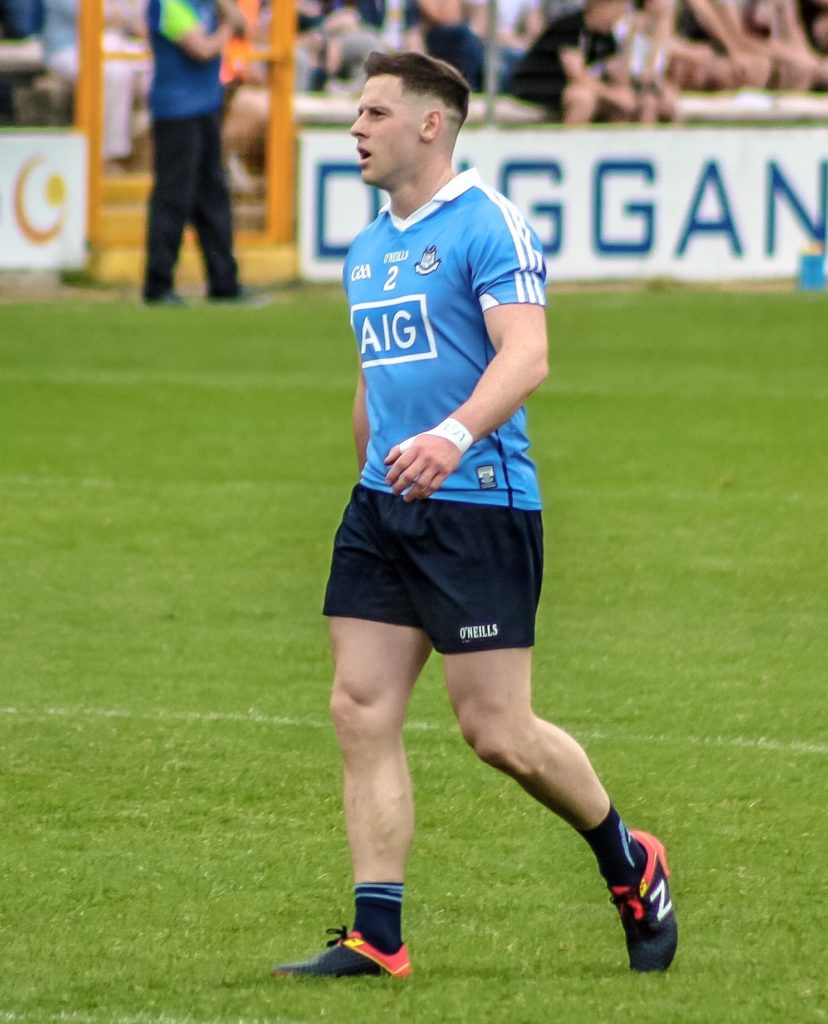 Dublin handed Mayo an emphatic reminder of their footballing ability and why they are champions last night in front of a crowd 34,758 in Croke Park.

Jim Gavin’s men had 12 points to spare at the end and in all honesty the winning margin could and maybe should have been bigger such was Dublin’s dominance as they stretched their unbeaten League and Championship run to 33 games.

Dublin got right on top from the throw-in, hunting players in green and red like men possessed and imposing their will on proceedings.

Leading up to the game and even on the pre match media build up many pundits believed Mayo would be the team that would end the Dubs winning streak.

Nine minutes into the game and Dublin made a mockery of those somewhat delusional predictions as they powered into a 1-02 to no score lead.

Two quick points from a Dean Rock free and fine point from play by Conor McHugh got the ball rolling for the metropolitans and in the eight minute it got even better.

A poor kick-out by David Clarke was intercepted by Ciaran Kilkenny bore down on the Mayo goal before slipping the ball to McHugh to palm the ball to the back of the net.

Mayo were all at sea and only managed to score two points in the whole first half both 45’s from Cillian O’Connor. The Connacht men were actually lucky that the game wasn’t well and truly over inside the opening twenty minutes as Eoghan O’Gara missed two guilt edge goal chances.

Mayo did create two half chances close to the Dublin goal but came up against Cluxton in formidable form. In the main due to the pressure exerted on them by the men in Sky Blue, Mayo forwards were forced in wild shooting hitting seven first half wides.

Dublin added further points from Philly McMahon, Dean Rock and Eric Lowndes and led at the break 1-05 to 0-02.

The second half was no better for or from Mayo, Dean Rock extended Dublin’s lead inside the opening minute of the restart.

Mayo responded a minute later with a pointed free from Evan Regan, Rock responded with a dead ball strike of his own. Finally five minutes into the second half Mayo got their very first score from play with a Stephen Coen point.

Dublin’s Eric Lowndes broke forward from his half back berth to knock over a wonderful point. Mayo won a free about thirteen metres out which Evan Regan dispatched over the bar, but the men from the West were living off scraps and Dublin were really beginning to motor.

Between the 41st and 46th minute with Dublin pressurising the Mayo kick-out and penning them inside their own 45m line, the Dubs hit four super points in a row All from open play from Philly McMahon, Conor McHugh with a brace and Dean Rock.

Although Mayo hit two good points in reply from Tom Parsons and Colm Boyle with 23 minutes left to play it was to be their last scores of the contest as Dublin took complete control of the possession and dictated the pace and direction of the game to the finish.

Midway through the half and Dean Rock was fouled as he was shooting for goal by Donal Vaughan. Dublin were awarded a penalty and Vaughan was shown the line on a black card.

Paddy Andrews on as a second half substitute and making his first appearance of 2017 stepped up to take it, but Mayo net minder Clarke made a double save to deny the Dubs forward.

But it was the only bright spot on a throughly gloomy night for Stephen Rochford’s men.

Dublin at times toyed with their opponents spraying the ball around with ease to joyous cheers from their supporters.

Dean Rock continued his deadly accuracy from frees as he added three more to his name to bring his tally on the night to 0-08. And as the game headed into injury time it was left to another substitute Paul Flynn to end the scoring with a stunning point.

It was an emphatic statement of intent by Dublin and Mayo supporters will have woken up this morning very worried by what they witnessed last night.

Yes it’s only March and no titles are handed out yet, but although Mayo will improve come summer, it was a strong selection that played last night and they don’t have to many players to add come Championship and certainly not enough to improve them to challenge for national honours.

Dublin on the other hand have at least ten players that were not on duty last night and once returned from either extended breaks or injury will further strengthen the team and squad. Frightening though indeed not just for Mayo but the rest.

Player Of The Match: Philly McMahon

BIG CHANGES TO CHAMPIONSHIP FROM 2018