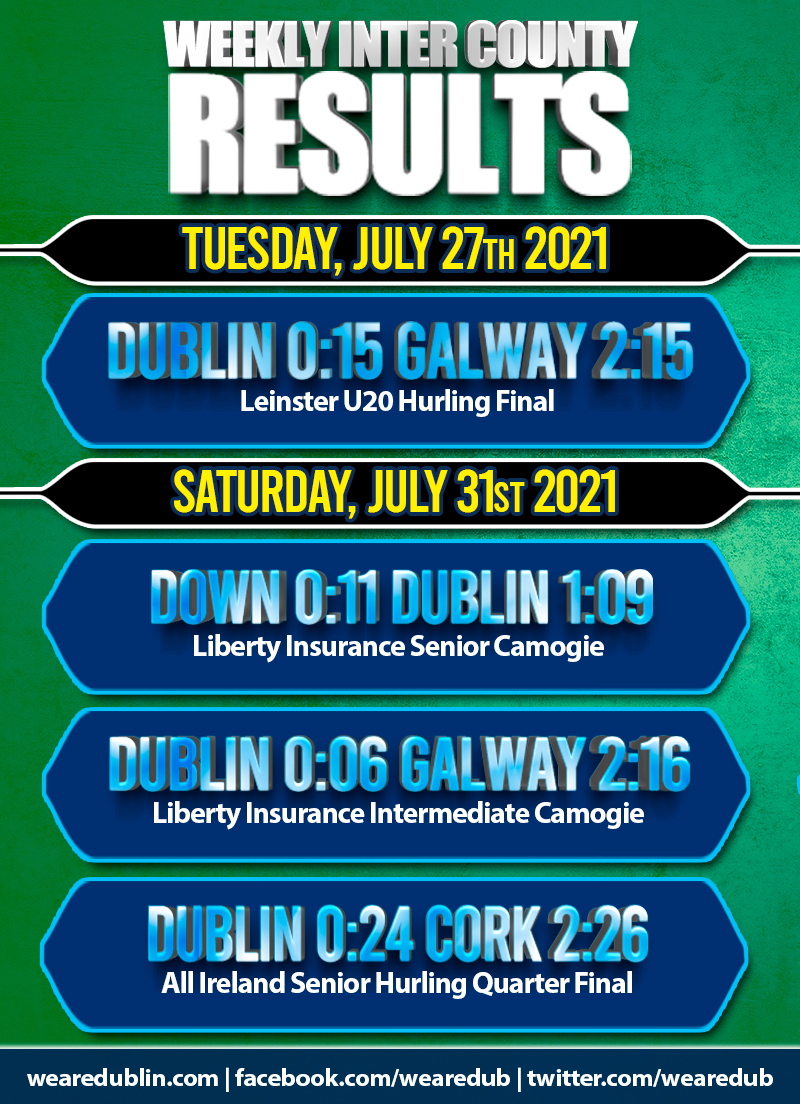 What a week that was. Since last Tuesday it’s been non stop action across all four codes. And a mixture of celebration and disappointment was on the cards. Here’s All the Inter County results from the past week.

A goal in both halves was ultimately the deciding factor when the final whistle was blown on the 2021 Leinster U20 Hurling Final. And Galway reaped their revenge on Dublin only a month after they’d been crowned 2020 Champions.

The sides were level at half time on a 0-10 to 1-07 scoreline. Heartbreaking for Dublin’s keeper Ben Hynes. He failed to control a high ball in the eight minute only to watch Oisin Flannery pounce to raise a green flag for the Tribesmen.

Adrian O’Sullivan’s Senior Camogie panel saved the best until last and secured their Senior Championship status. It was a vital win over Down on Saturday evening. The game hung in the balance until Ashling Maher found the net late in the game to sneak a 0-01 win.

It means the Senior side will compete in both League Division 1 and the top flight in the championship again in 2022.

Dublin’s young Intermediate Camogie side suffered a sixteen point defeat today to an impressive Galway Intermediates team in the All Ireland Championship.

Galway’s pace, power and slick interplay proved too much for Dublin today in the Trinity Sports Centre in Santry and the game was all but over at half-time thanks in no small measure to goals from Mairead Dillion and Aine Keane.

Dublin struggled throughout the game to create scoring chances and that was reflected on the scoreboard as the Sky Blues finished with a total of just six points with all of those scores coming from placed balls.

The 2-13 to 0-11 half time scoreline was a mountain that Dublin honorably attempted to climb and failed as Cork powered their way to an All Ireland Hurling Championship semi final date with Kilkenny next week.

The Rebel County managed to keep Dublin at arms length. Dublin did register three on the bounce to cut the defecit to four by the 65th minute, but a Patrick Horgan converted free eased Cork’s nerves. Niall O’Leary, Alan Connolly and Horgan added scores in additional time to save the tie.

Donal Burke again played the tallisman for Dublin, but the outcome seemed inevitable from the early going. 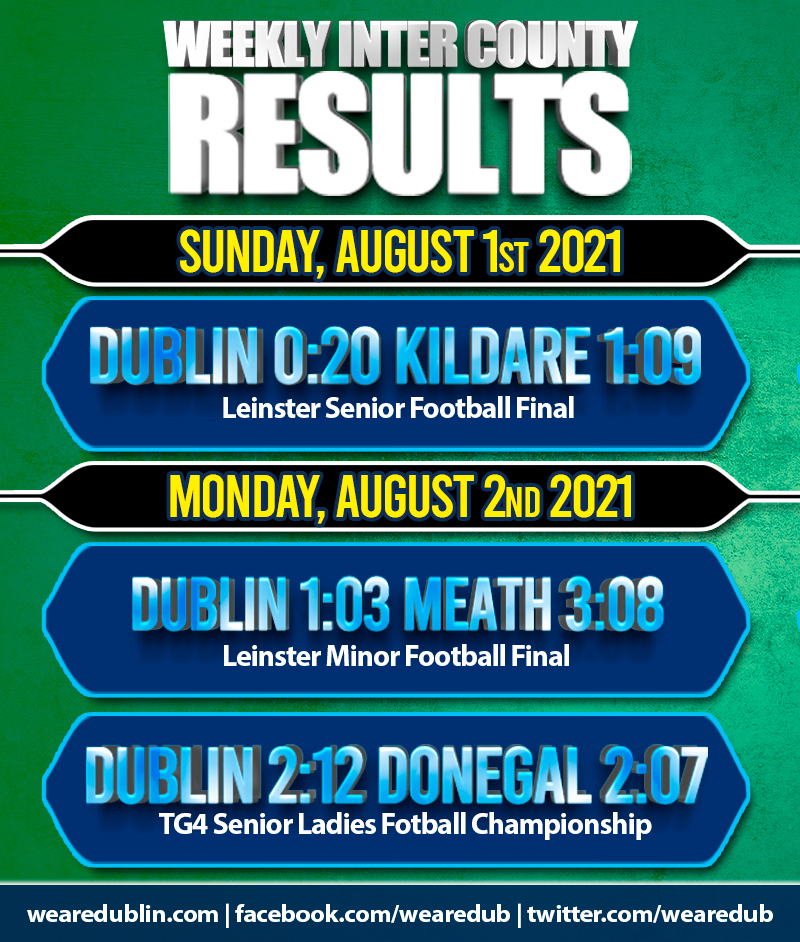 Tactical, more clinical, and more improved than their performance against Meath. Dublin have been crowned Leinster Senior Football Champions for the Eleventh consecutive year after seeing off a spirited challenge from Jack O’Connor’s Kildare panel.

It’s certainly been a slower build but from their Quarter Final win over Wexford to this afternoon’s Delaney Cup win, Dublin are slowly improving. They meet Mayo in 2 weeks time in the All Ireland Semi Final. The Seven In A Row is still on the cards, and Mayo manager James Horan will pay no need to rumours of Dublin’s demise.

The Meath Minors have been crowned Leinster football champions for the second time in just over a month after beating rivals Dublin 3-8 to 1-3 at at O’Connor Park in Tullamore.

Two goals within a minute of each other in the opening quarter set the Royals on their way, with Dublin managing just a single point in the first half.

A disappointing end to the Dublin Minors season, and a lot to think about.

Dublin were on the back foot when Donegal got off to a dream start, but the reigning champions never panicked and when Rowe hit the first of two goals, Dublin dominated affairs.

And that’s all the Inter County Results from this week. Stay tuned for more action this weekend right here.