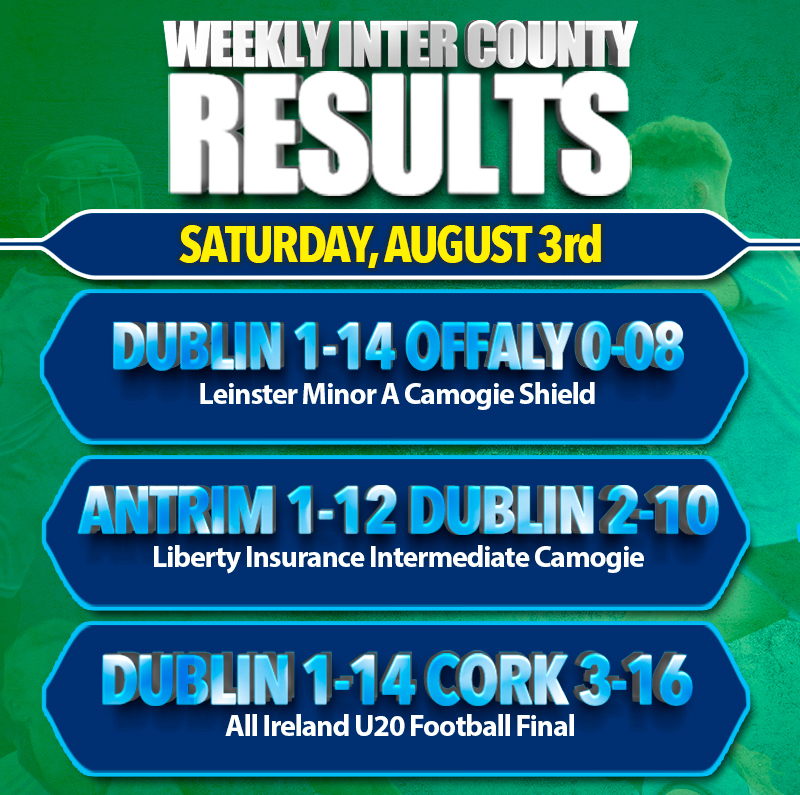 So how was everyone’s weekend. Let’s hope you got to some of the great Inter County games that were played from Saturday to yesterday. Wins for Our Minor and Intermediate Camogie Panels. A loss for the U20 Footballers. But big wins for both the Senior Men and Ladies Football sides in All Ireland Action.

Let’s get you all up to speed.

Dublin’s Minor Camogie panel finished off their year with some silverware as they successfully beat Offaly to capture the 2019 Minor A Shield.

Having lost to Wexford and Kilkenny in the rounds they failed to qualify for Championship but as Offaly’s fate was the same, the two sides played out an entertaining shield final with a nine point victory for the girls in blue

What a year it’s been for the Dublin Intermediate Camogie panel. Rebuilding from the ground up was always going to be a difficult task for Dave Dunning and his team. But after after securing their Division 2 league status for 2020, it was onto Championship. Tough encounters against Kilkenny, Cork and Westmeath would ensue. But a win over Kildare and a reassuringly positive performance in their loss against Galway showed huge promise.

And this weekend they completed their Championship campaign with a win over Antrim in the final round. Niamh Gleeson and Shauna McBride bagged a goal each, with points coming from Gleeson, Alix Buckley, Mary Cronin and Gabi and Jody Couch.

There’s a lot more in this story. Stay tuned.

It wasn’t Dublin’s day today as Munster Champions Cork came to Portlaoise and picked the Dubs apart to win the EirGrid All Ireland U20 Football Title.

Dublin had rocketed into a nine point lead before the end of the opening quarter. And Cork hadn’t even registered a score. But that would quickly change as the rebels dominated the remainder of the half scoring 3-06 to Dublin 0-04. 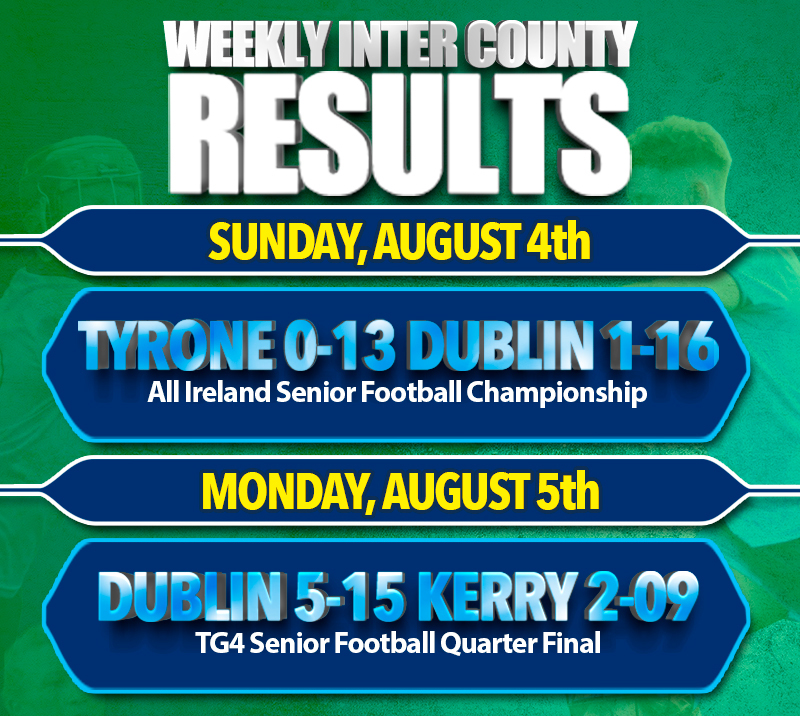 Dublin‘s win over Tyrone on Sunday in Healy Park In Omagh has set up an All Ireland semi final meeting with Mayo this Saturday in Croke Park.

With both sides already through to the penultimate stage of the All Ireland championship both managers made a raft of changes to their sides for today’s game.

Diarmuid Connollys return was a triumphant one for Jim Gavin’s side. It also gave the manager an opportunity to field a raft of other changes, bolstering his options ahead of this Saturday’s massive semi final with Mayo.

Dublin had far too much firepower for Kerry in this last eight clash at Bord na Móna O’Connor Park in Tullamore as they ran out winners by double scores.

Sarah Houlihan’s goal reduced the arrears before half-time to give Kerry hope but they turned around trailing by 2-3 to 1-4 having played with the breeze.

While Dublin did sometimes look loose at the back, they made up for that in attack.

Goals from Aherne (2), Niamh McEvoy, Carla Rowe and Niamh Hetherton kept the scoreboard looking bright for the Dubs as they enter the last four in a couple of weeks time.