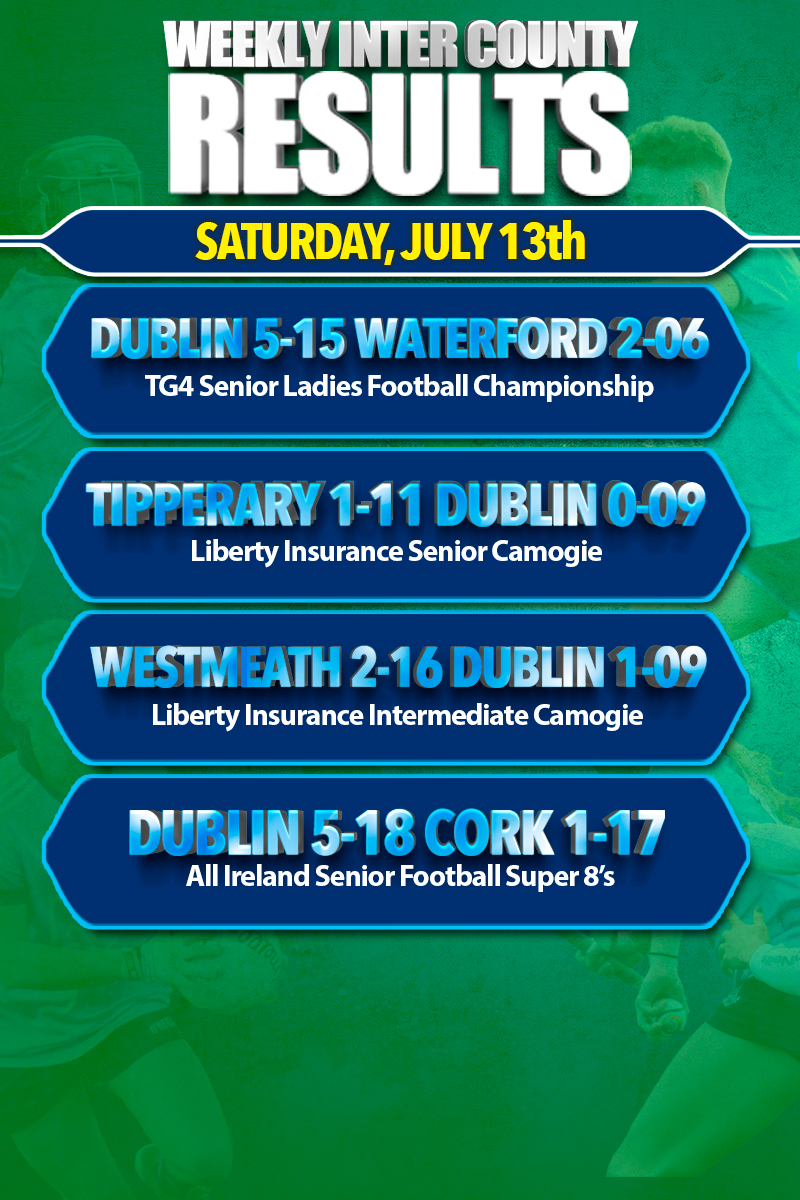 Two wins, two losses on Saturday, and two more losses this afternoon. All four of Dublin’s camogie sides in action this weekend suffered defeats. While both Dublin’s Senior Men and Senior Ladies recorded opening day wins in their respective All Ireland Championships. Here’s the details.

Dublin were missing team captain Sinead Aherne through injury. But the attacking prowess of Nicole Owens, Niamh McEvoy and Lyndsey Davey ensured victory was never in doubt. Maria Delahunty led by example throughout for Waterford.

Starting with 11 of the team that secured the Brendan Martin Cup at Cork’s expense last September, the three in-a-row chasing Sky Blues signalled their intent during a fast-paced opening to the action.

Tipperary edged out Dublin by five points in a hard-fought encounter at The Ragg. Niamh Treacy put Tipp in front after 30 seconds. But then Dublin pushed 0-2 to 0-1 ahead after ten minutes of action. It could have been much more. Caoimhe Burke pulled down Sinéad Wylde for a penalty. But the Dublin forward pulled her effort wide of the post.

Tipperary edged in front to lead by 0-7 to 0-4 at half time. They struck another point before the crucial score after 40 minutes set them on a winning path. Grace O’Brien turned over a short Dublin puck out and the ball was worked to Eilish McDonald for the only goal of the game.

Defeat again for Dublin’s Intermediate panel at the hands of one of their greatest rivals Westmeath. It took defeat to Westmeath two years ago in the Premier Junior Championship for Dublin to grow and win the competition last year. And with one more year’s experience at this level, this game was always going to be a tough game for the Dubs.

That said, and with a relatively new group of players, Dublin still brought the game to Westmeath. With only one win from four games, Dublin will welcome Galway next weekend in game five of their six round robin fixtures. Galway are four wins from four, but Dublin will want to finish their round phase strong.

With the first half a tight affair, Dublin eventually broke through for three late goals to put a gloss on their victory over Cork in their Super 8s opener.

Cork, to their credit, gave a good account of themselves and were just three behind heading into the final 10 minutes, but late green flags from Niall Scully, Ciaran Kilkenny and Brian Fenton leaves the Rebels with a scoring difference of -13 in Group 2.

Dublin entertain Roscommon next weekend, after they were defeated yesterday by Tyrone. 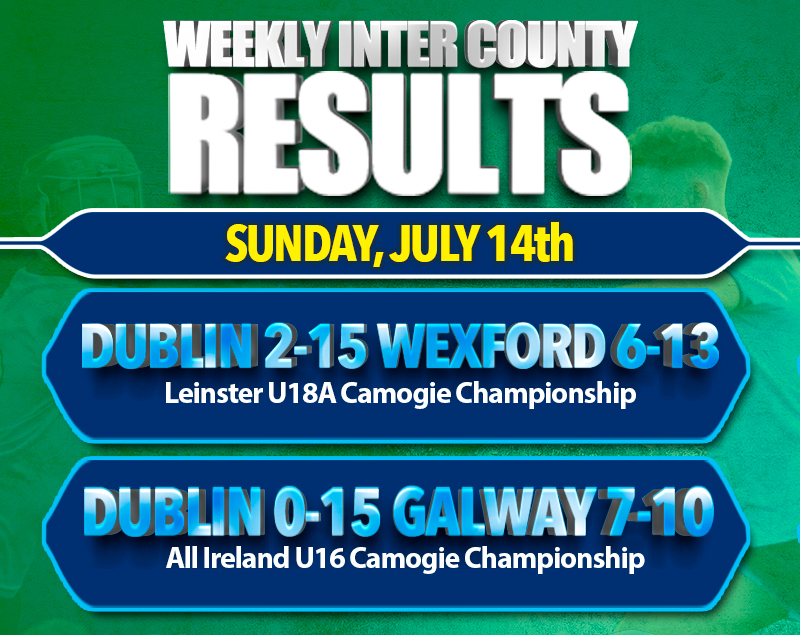 Wexford join Kilkenny at the top of the Leinster Minor Camogie table after an emphatic second half performance over Dublin in Clondalkin. Credit though must go to both sides playing in the hot conditions this afternoon. And despite the scoreline, Dublin’s Minor put in an entertaining performance.

In an eight goal thriller Dublin trailed the game for the majority of proceedings, only drawing level in the 27th minute of the first half. Aoife Mahon, Anais Curran, Ciara O’Connor, Andrea Fielding and Eleanor Hammond all hit the net for Wexford, with Meadbh Hicks and Grace Dent raising green flags for Dublin.

Dublin head for Kilkenny next, with the cats securing their opening day win over Offaly on a 1-17 to 0-08 scoreline.

Dublin 0-15 Galway 7-10
All Ireland U16 Camogie Championship
Round Towers, Clondalkin

In the second game of today’s Camogie double header, Dublin’s U16’s, despite a valiant effort, fell short to a very well balanced Galway side.

Galway hit seven goals past Dublin this afternoon to claim the group win in the All Ireland U16A Camogie Championship. The final scoreline doesn’t reflect the game which was competitive throughout, but Galway hit each of their seven goals at vital times in the game.