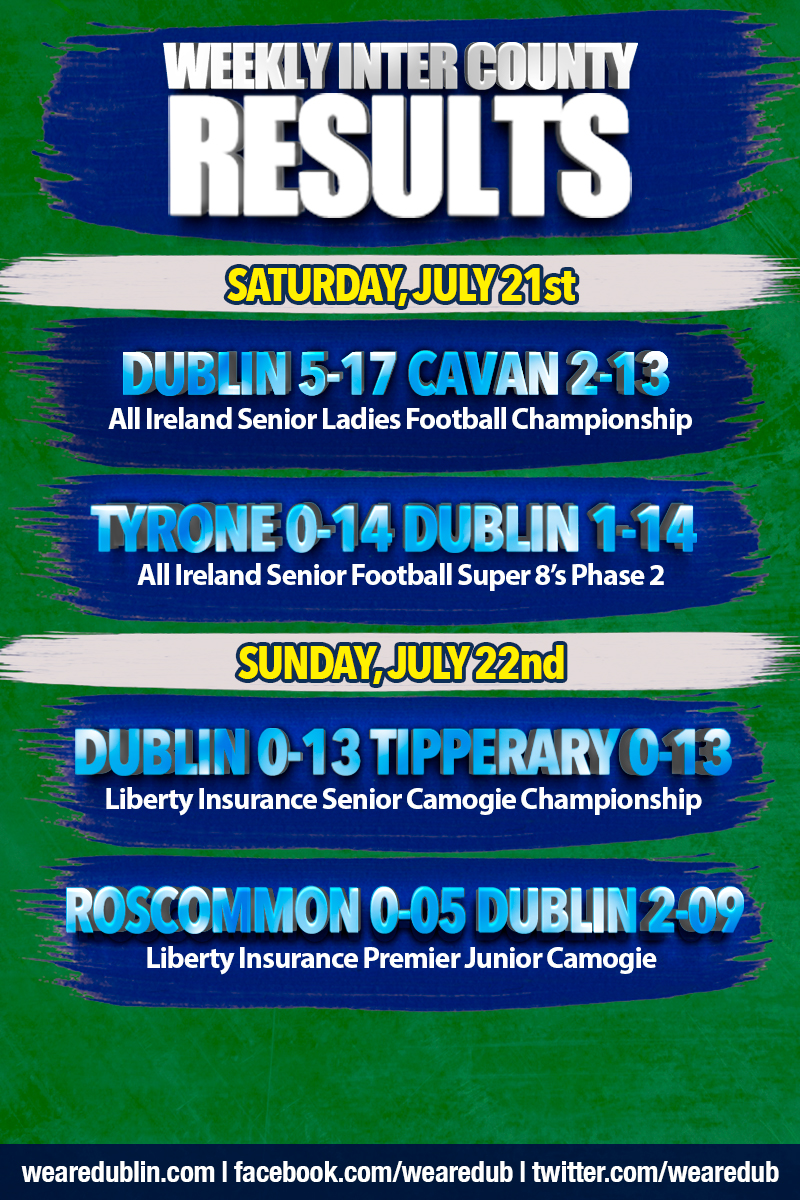 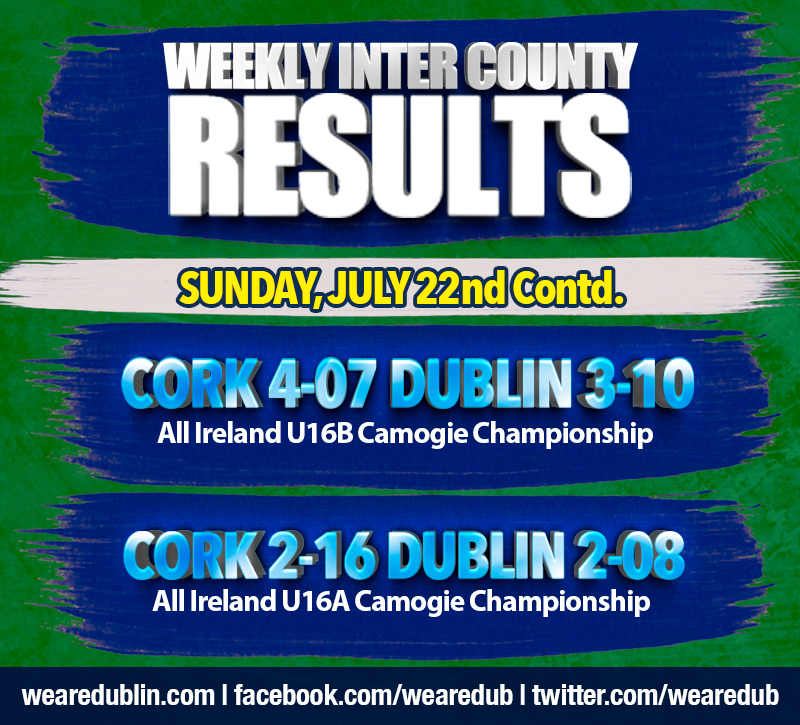 All your Dublin GAA Weekly Results all in one place.

Well that was a bumper packed weekend. There are probably still people making their way back from Omagh, what crowd last night. Hats off to everyone that made the journey. But of that wasn’t the only game game taking place.

Here’s the details from all the weekend’s games.

Mick Bohan’s Senior Football panel got the quest to retain their All Ireland title off to the perfect start with a 5-17 to 2-13 win over Cavan. 2-00 from Laura McGinley, 2-05 from Noelle and 1-02 from Niamh McEvoy did serious damage to the opening round opponents, who to their credit fought all the way to the final whistle.

This sets Dublin up nicely ahead of their trip to Dr. Hyde Park next weekend for their final game against Mayo, who also beat Cavan a week ago. So it’s all to play for next weekend in a repeat of last year’s All Ireland Final.

Dublin are two for two in Group 2 of the Super 8’s and are certain of a Semi Final slot now. The trip to Healy Park was definitely a test for Jim Gavin’s men, and despite a heavy challenge from Tyrone, Dublin held on to claim a 1-14 to 0-14 victory.

In two week’s time they’ll face Roscommon in Croke Park for their final phase game, and then there will be only a turnaround of a week before the All Ireland Semi Finals.

Dublin manager David Herity watched his Senior Camogie panel play out a very entertaining draw against Tipperary in Parnell Park this afternoon. The game finished 0-13 a piece, meaning Tipperary finish second in the Group 2 table behind winners Cork, and Dublin stay at third on score difference.

The girls in blue will now have a couple of weeks to prepare for the All Ireland Quarter Finals in Pairc Ui Caoimh, were Galway will be their opponents. They finish the group stage with three wins, one draw and one loss.

Shane Plowman’s Dublin Premier Junior Camogie panel maintain their 100% record with their second win in the championship over Roscommon. Their 2-09 to 0-05 win today, added to their 0-22 to 1-08 victory over Armagh last week sends the through to another All Ireland Semi Final the weekend of August 18th.

They’ll play the runners up in Group 1 between Kerry, Offaly, Limerick and Clare.

All Ireland U16 Camogie Championships

Both Dublin’s A & B Camogie panels made the trip down South today to face Cork in their respective All Ireland competitions.

Next weekend is the last round in both championships and Dublin will host a double header on home soil as they welcome Kilkenny for Round 3. The A panel are currently second in their group behind Cork, while our B panel share the top spot with Cork and Clare.

And that’s it. All the scores from the weekend’s games. Stay tuned tomorrow as we’ll update you on the forthcoming fixtures for the week ahead.