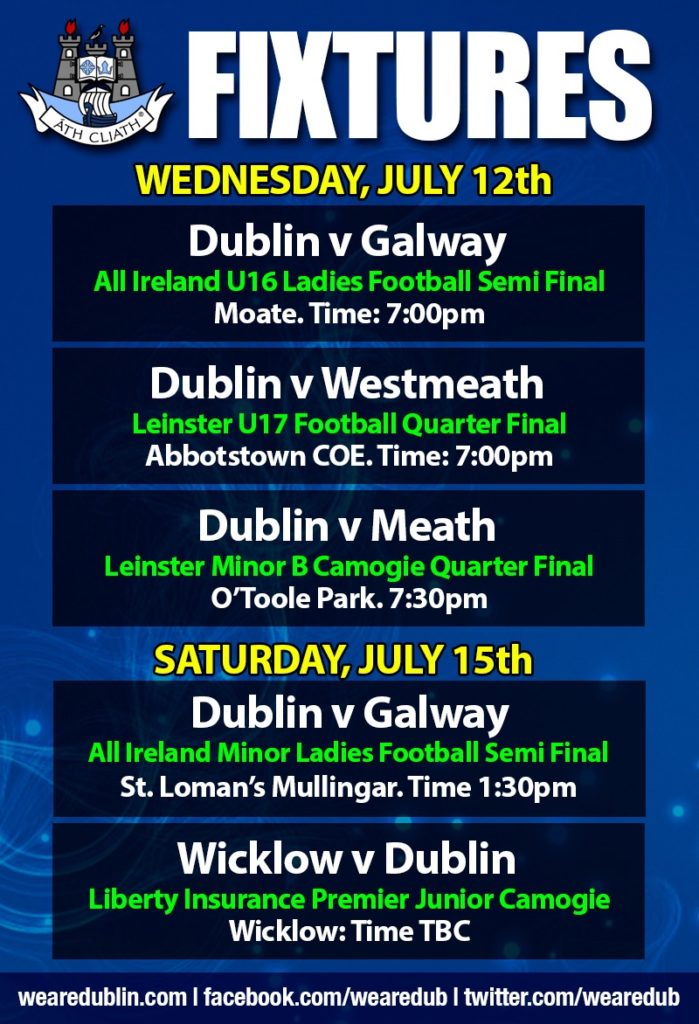 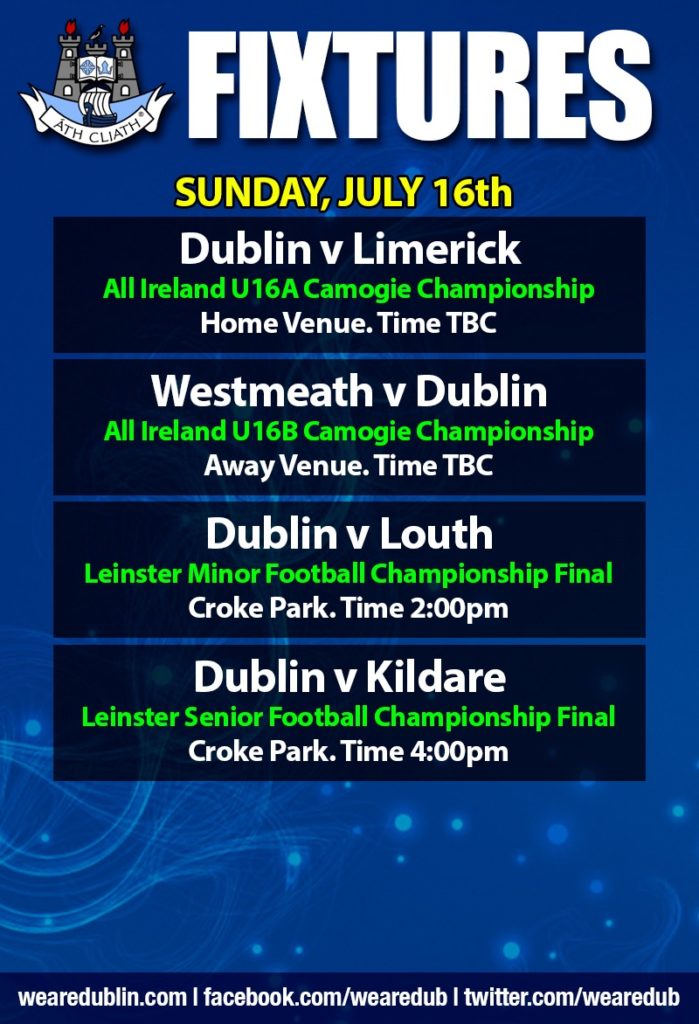 Another massive week of fixtures again this week. Nine games in total up for contention.

A busy start on Wednesday with three evening throw ins.

Dublin’s U16 Ladies football team travel to Moate for their All Ireland Semi Final. They’ll face Galway for a place in this year’s final in two weeks time. Throw in is down for 7:00pm.

The GAA’s National Development Centre in Abbotstown will host one of this year’s Leinster U17 Special Football Championship. Dublin will face a strong Westmeath panel for a place in the Semi Finals. And it’s another 7:00pm throw in.

Dublin’s Minor B Camogie Panel start their Leinster Championship this week. O’Toole Park will act as a home venue for them as they face Meath in the Quarter Finals. Throw in is 7:30pm and the winners will face Carlow in the Semi Finals the following week.

Saturday there are two games taking place. The Dublin Minor Ladies Football team will be facing Galway in this year’s All Ireland Semi Final. These two teams will meet in St. Loman’s, Mullingar to decide the tie at 1:30pm.

It’s Round 3 in the Liberty Insurance Premier Junior Camogie Championship and Shane Plowmans team are two for two so far. They make the trip to Wicklow for their next encounter hoping to add another win to their collection. Throw in time for this game will be confirmed later.

Then it’s onto a massive Sunday for four Dublin teams. Both Dublin’s U16 Camogie teams are in All Ireland action. The U16A’s welcome Limerick to Dublin and the U16B’s will hit the road to face Westmeath. Confirmation of both venues and times to follow.

Finally, both Dublin’s Minor and Senior footballers take over Croke Park for this year’s Leinster Finals. The Minors will face Louth at 2:00pm and the Seniors will square off against Kildare at 4:00pm.

I’m sure you’ll agree that there is plenty of action to catch this week. Something for everyone.