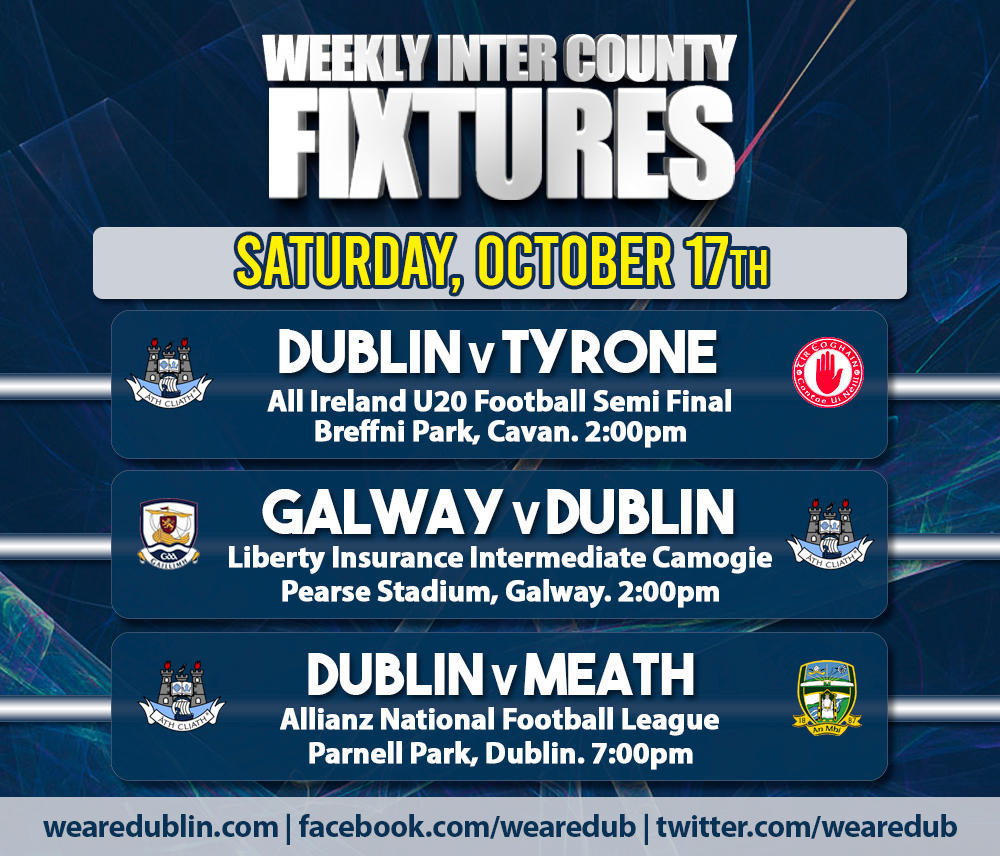 I think we piched ourselves in the halls of We Are Dublin GAA this week. We simply couldn’t believe we’d actually made it. After months of waiting, watching competition get postponed, cancelled and rescheduled, this weekend the Inter County Fixtures finally gets underway. And county fans of Football and Camogie can look forward to some action.

The good news for Football fans in the capital is that both the All Ireland U20 Semi Final and the Allianz National Football League clashes will be broadcast live on TV.

On March 6th, which feels like years ago, Dublin’s U20 Footballers secured their second consecutive Leinster Championship title. And they were preparing for a Semi Final date with Tyrone which was to follow two weeks later. But as the country went into lockdown due to the COVID-19 outbreak everything came to a halt.

After a long wait the young Dublin panel get the chance to reach another All Ireland Final, hopefully with a different outcome to last year’s defeat to Cork. First they need to tackle Ulster Kingpins Tyrone this weekend.

But Dublin have again looked like a solid outfit, beating Wicklow, Longford, Meath and of course Laois at Netwatch Cullen Park to be crowned provincial champions. Saturday will pose a different threat, but manager Tom Gray, who was handed the EirGrid Provincial Manager Award back in March, will be prepared for the challenge and another All Ireland run.

A road trip for David Dunning and his Intermediate Camogie panel this Saturday as they head west to Pearse Stadium for a challenging game against Galway in their opening All Ireland fixture. This game is the first of three for Dublin as they’ll welcome Kildare two weeks later at home before meeting Laois on November 7th. And if results go in their favour, we’ll hopefully see the girls in a Semi Final on November 21st.

The Inters had a mixed championship in 2019. The started with a loss to Kilkenny on the opening day, but showed huge promise. And they followed that with a convincing win over Kildare a week later. Sadly they went the last three games, against Cork, Westmeath and Galway, without picking up a win. So as they head for Pearse Stadium they’ll be looking back to that last game in Round Towers and hoping for better fortune.

Pop quiz! When was the last time the Dublin Senior Footballers played a League game at Parnell Park. Well, albeit historic for all the wrong reasons this Saturday they’ll make a return as they welcome Meath for their first Allianz League game since early March.

It will be an opportunity for Dessie Farrell to give the Senior men some valuable game time as the provincial and All Ireland Championships loom large in the not too distant future.

With two wins, two draws and one loss in the opening five games, the new Dublin boss will be hoping to make ground on Galway and Kerry, who sit above them and Tyrone in the Division 1 table.

The Championship will obviously be the priority, but how good will it be for the boys in blue to finally don the jersey again after so long. And who better to start off with than an old rival.

We’ll have more details, team annoucements and of course updates and news from all this weekend’s games. So stay tuned.