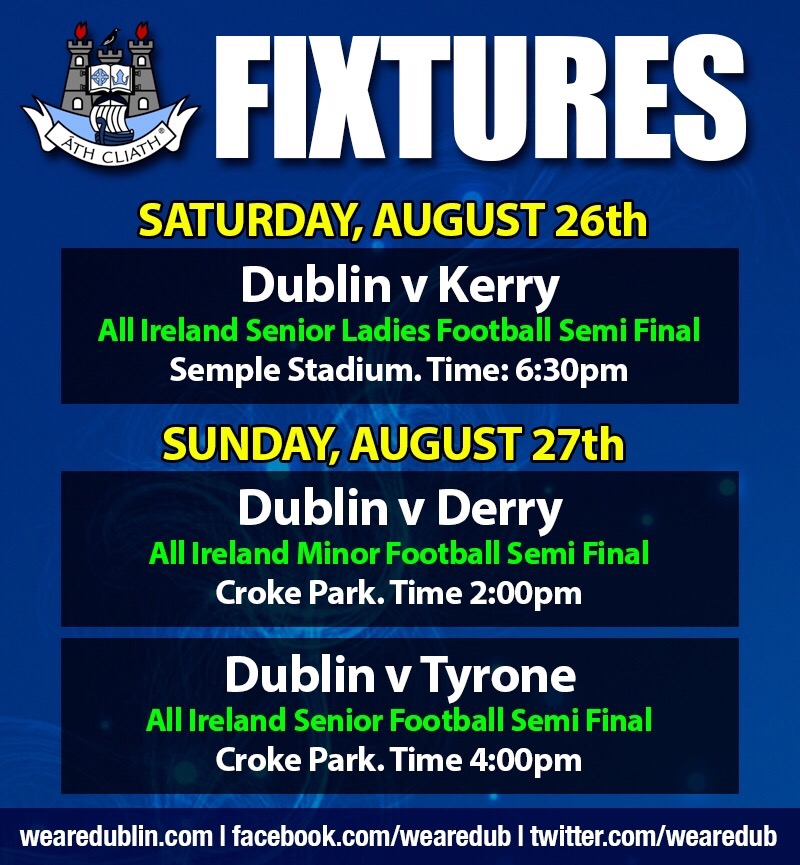 As we get ever closer to the end of the season every game is important. And this weekend we have three more teams competing in All Ireland Semi Finals.

Saturday evening sees the Dublin Senior Ladies Football Panel start off the weekend in the TG4 Championship Semi Final. They make the journey to Thurles to face Kerry for a place in this year’s final. Throw in for this game is 6:30pm.

On Sunday all eyes will be on Croke Park for two massive Championship games. 2:00pm will see Dublin’s Minor Footballers tackle Derry in their All Ireland Semi Final. The winners of this game will face Kerry in the final on September 17th.

At 4:00pm it’s the turn of Jim Gavin’s Senior Footballers in a massive clash with Tyrone as they aim for a third consecutive All Ireland title. The winners will know their opponents as Kerry and Mayo will have done it all again the previous day.

It’s safe to say weekends don’t get much bigger than this with these three sides aiming to continue their championship journey.

No Changes For Dublin U20 Footballers For All Ireland Semi Final