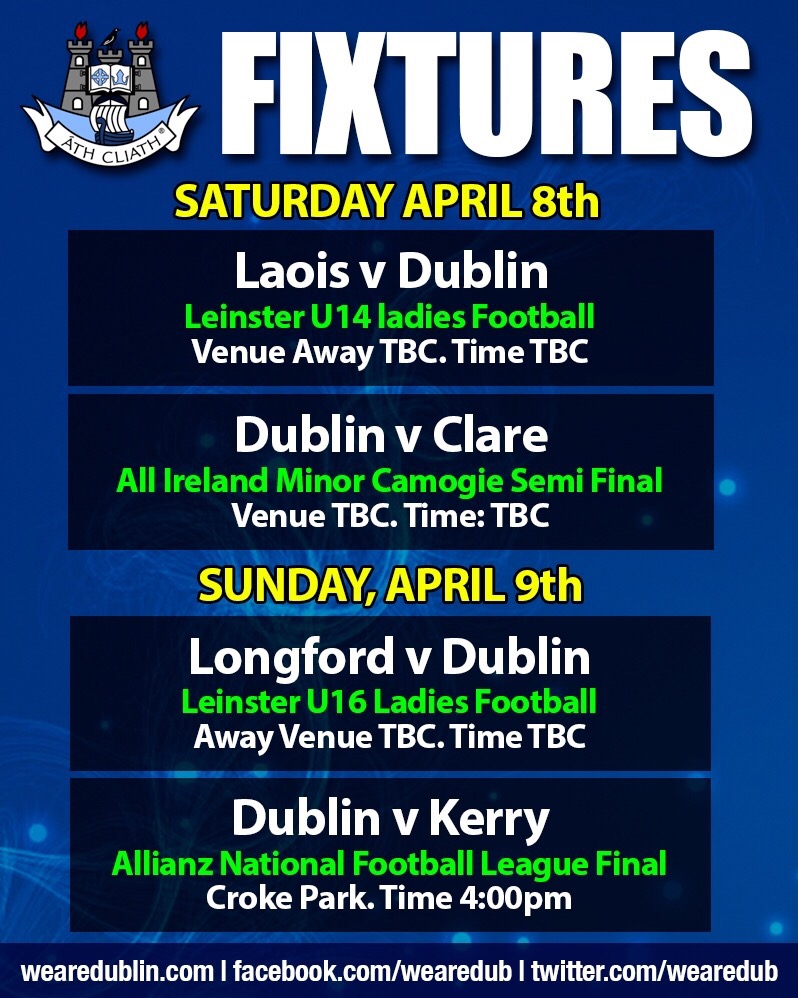 After such a hectic weekend for Dublin teams, this week is slightly quieter, but nonetheless there’s some big games to keep an eye on.

Dublin’s Minor Camogie panel finshed the round section of their All Ireland Championship comprehensively beating Offaly on Saturday, and have booked a place in this year’s Semi Final. They will face Clare this Saturday, with venue and time to be confirmed later.

The U14 Ladies Football Panel tavel to Laois for the final round of their Leinster Championship. Already the’ve beaten Kildare and drawn against Meath so they’ll be looking for a big win on Saturday to advance to the knockout stages at the end of the month.

On Sunday it’s the turn of the U16 Ladies Footballers, who travel to Longford for the last round of their Leinster Championship. After two rounds this panel sit top of the table and a win this weekend would see them make a clean sweep and advance to a Semi Finals. For both this and the U14 game venue and times will follow shortly.

Finally, after a smash and grab victory over Monaghan in Clones yesterday, Dublin’s Senior Football panel will take to the Croke Park surface at 4:00pm for this year’s Allianz National Football League Division 1 Final. And once again they’ll lock horns with Kerry and attempt to win their fifth consecutive league title.

We’re heading towards the end of some big competitions in all four codes, so stay tuned for more information as we have it.